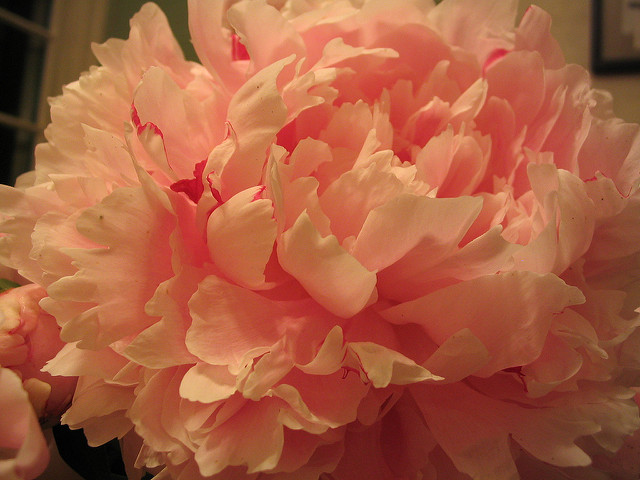 Here’s a pretty funky January question to let linger in your mind alone because all of the other mind-lingering options at the moment are unpalatable. Would you rather be a person who smells peonies all the time or a person who smells gasoline all the time? Hm. It’s difficult because there are pluses and minuses with each option. I guess we should face the most obvious problem first. Gasoline is a great scent that everyone loves, yes, but if one chooses “gasoline” over “peonies” for the scent they smell exclusively for the rest of their lives, well, this person may be thought of as a bit of a weirdo. (Please note that you would not get high and poisoned all the time if you choose gasoline. It would just be the scent.) (Similarly you would not be surrounded by peonies if you choose peonies. It would just be the scent.) I don’t think you should allow other people’s perceptions of you to affect your choices, unless your choice is about, you know — well, we don’t have to get into it, but unless you should let other people’s perceptions of you affect your choices, then, you know, do it, but unless you should then you shouldn’t. But still, maybe that would be hard to get over for you. Walking around knowing everyone knew you chose gasoline. But maybe you like to be the underdog. In that case, it could be a plus. If everyone had the same two options there would be a significant chunk of people for each, but I guess we don’t know for sure that everyone would have the same two options. Maybe it’s just that everyone gets two options. For the purpose of this decision, you don’t know which is true. Choosing peonies, that’s nice. The peony is my favorite flower (well, the peony and the ranunculus) and it’s the flower most likely to prompt someone to say “that’s my girlfriend’s favorite flower” if they know what their girlfriend’s favorite flower is and you’re talking about peonies around them. But maybe it doesn’t, ah…maybe it’s too sweet? I’m trying to think of a negative for smelling peonies. Well, maybe you just don’t like the smell. Maybe it doesn’t suit your lifestyle. Maybe you don’t want to be known as the type of person who would choose the delicate and inoffensive smell of peonies over the dangerous and sexy smell of gasoline. Maybe you have a negative scent memory associated with peonies, I’m not sure about your life or even who you are. That would be a minus for peonies. Plus, it’s a difficult time to smell peonies at all times. Incongruous. Remember when Carrie was like, “This is not a good economy in which to be whipped cream.” Do you relate to that sentiment? Hm. Not saying I do, just asking if you do. Anyway. Peonies probably do, in any case. Both scents are fairly invigorating, so that’s equal. Peony scent is more softly stated than gasoline scent, which sounds good, but maybe it would get dull to only smell a softly stated scent for your whole life. Maybe you’d prefer something with a ka-pow, like gasoline. Gasoline is better in the winter and fall, peony is better in the spring and summer. But do you really need an extra good thing in the spring and summer? Those are pretty good on their own, not that fall and winter aren’t. I like all the seasons for what they are, not that this is about me. They’re both fairly elusive in the day-to-day. Peony season only lasts for a few weeks in the spring and imitation peony scent is never that great. Gasoline you only smell at the gas station or when someone is starting their car on a cold day. They’re both scents you really stop to take in when you encounter them, because you’re not sure how long they’ll last. But what if they’d last until you were dead? Which one would you choose then? 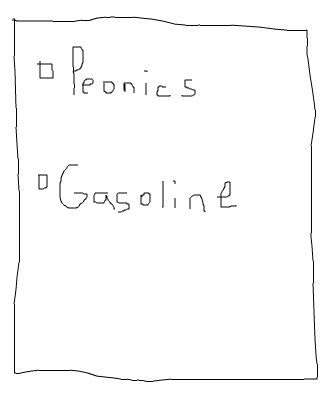