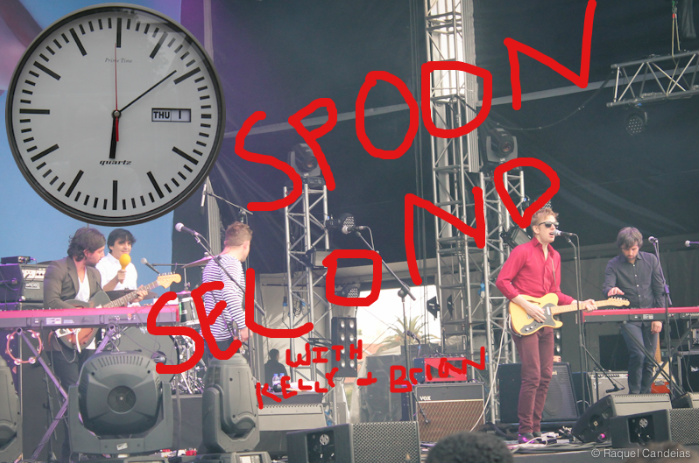 Kelly: If you were to make a Spoon snowman

Brian: probably britt holding his guitar vertically like he does all the time

Kelly: How would you make it look like Britt

Brian: and there would be a spoon in there somewher too

Kelly: I’d also say you should put sunglasses on him

Kelly: I think I would just do a big spoon

Brian: would people get it

Kelly: I think people would definitely see it and think “spoon”

Kelly: And what more do you want from a snowman?

1. Bye
2. How Do I Stay Motivated?
3. Sex Tips From Queen Elizabeth I
4. Please Do Accept “Weird Pitches”
5. A Note About The Hairpin
spoonspoon-second