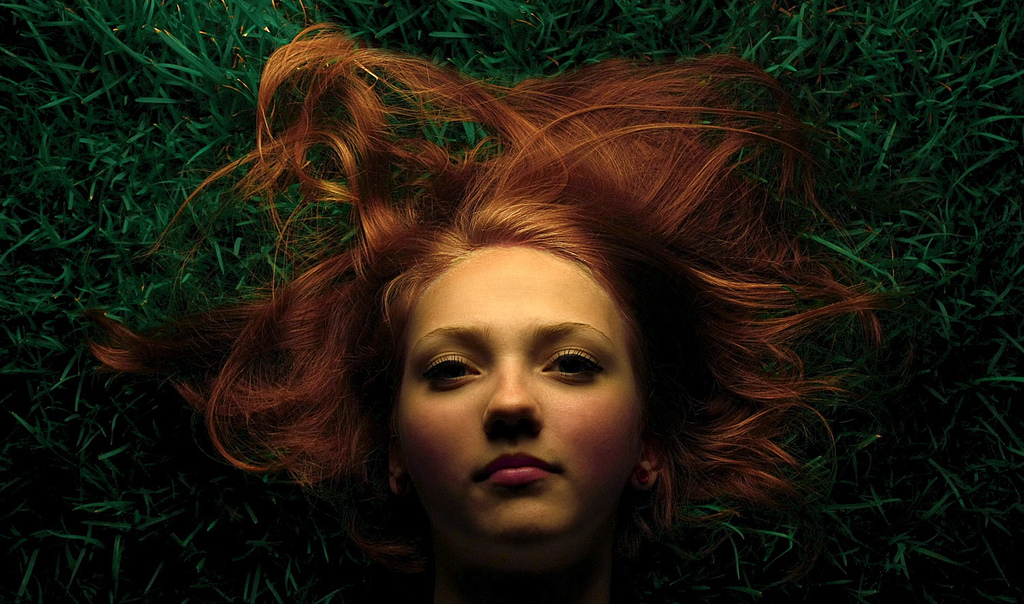 It’s hard to say exactly what sex hair looks like, yet we know it when we see it. It’s when your hair is somewhat mussed, but it’s not the same as bedhead. Your hair is down, and it’s wavier than usual, but it still retains its alluring shape. Or, your hair is tied up in a messy ponytail, with a few strands hanging down your face. Either way, it looks undeniably sexy and like you didn’t have to try. It’s the hair you supposedly get after having mindblowing sex and then rolling out of bed, quickly collecting your clothes off the ground and putting on whatever you find. According to Urban Dictionary,

Hairstyles hold power and cultural implications. Throughout history, hair has been a symbol of femininity and a reflector—or inhibitor—of sexuality. “But if a woman have long hair,” Corinthians 11:15 “it is a glory to her: for [her] hair is given her for a covering.” During the Victorian Age, powerful women celebrated in Victorian art and literature used their long locks to trap their lovers and express their sexual power and divinity. Dante Gabriel Rossetti’s famous Lady Lilith features a woman combing her hair—her tresses are the focus of the painting, the key to her vitality and attraction. After the 1940 Battle of France, French women who had sexual relationships with German soldiers had their heads shaved by the French as a punishment. But sex hair isn’t just for women. When actor Bradley Cooper showed up to a screening with slightly tousled hair, Elle magazine speculated on what it meant.

Countless beauty magazines and websites have devoted articles on how to achieve this look. According to Allure, the secret is a reverse tapered curling iron. There are YouTube tutorials on styling your hair to look like you just had sex. There are articles on how to manage sex hair and how to keep your hair looking good during sex. But when you follow these tutorials, it never looks quite right. True sex hair requires looking like you didn’t do it to your hair on purpose, which is probably why these tutorials never seem to work. The bedhead hairstyle is not sloppy enough that it implies an untamed or uncontrollable woman. As one French woman put it to Racked, the key to looking like an effortlessly chic French girl is “purposeful negligence.”

From the tousled tresses of the goddess of love in Sandro Botticelli’s 1486 painting “The Birth of Venus” to the conspiracy theory that 1970s actress Farrah Fawcett’s hair literally spelled out SEX in a photoshoot, sex hair is everywhere in popular culture. Celebrities set the tone for this look, like 1950s-era actress Brigitte Bardot, nicknamed “sex kitten” and crowned with long, tousled blonde hair. In the 1975 cult classic The Rocky Horror Picture Show, Janet Weiss, wearing nothing but pure white underwear, she throws herself onto Rocky crooning “Touch-A, Touch-A, Touch Me.” A few scenes later, she emerges with Rocky, and her neat, curly locks become slightly frizzled. Hair is even the focus of the 1975 satirical rom-com Shampoo, centered around a Nixon-era hairdresser who can not only style and snip hair, but make it look sensual by providing sexual services to his female clients and messing up their hair again. And sex hair is the subject of a somewhat mediocre song performed by the band Mouse Rat on “Parks and Recreation.” “You got sex hair! / You got it from me, girl / Sex hair, it’s such a pretty rat’s nest / Of sex hair, it’s all messed up and matted / Whoa-oh, you’re such a beautiful mess,” the band serenades.

Why are we so obsessed with this look? Perhaps because it looks powerful, conveys sexual agency and seems to take little effort. It’s not a hair disaster, and still fits into the constraints of conventional beauty standards. It’s wild, but not too wild, and at the same time, it’s intimate; having tousled, “just had sex and rolled out of bed” hair reveals a part of us that we normally wouldn’t show to the public.

But sex hair isn’t always realistic. You might feel amazing after you have sex, but your hair might not match that. If you have long hair and audacious sex, it’s likely that your hair somehow snarled itself into knots. This is basically a truism thanks to the second law of thermodynamics and a scientific paper called “Spontaneous Knotting of an Agitated String,” written by several researchers at UCSD in 2008. They tumbled strings in a box 3,415 times and found that complex knots (120 different types!) can form within seconds. Your headphones knot in your pocket, Christmas lights tangle in the storage, and your hair will enmesh itself during sex, no matter how thoroughly you brushed it before. There’s no secret to sex hair. If it looks great after amazing sex, more power to you. And if it doesn’t, know that it’s because of the chaotic laws of our universe.

1. Bye
2. How Do I Stay Motivated?
3. Sex Tips From Queen Elizabeth I
4. Please Do Accept “Weird Pitches”
5. A Note About The Hairpin
beautyhairsexsex hairspontaneous knottingyoutube

How Much Money Would It Take?