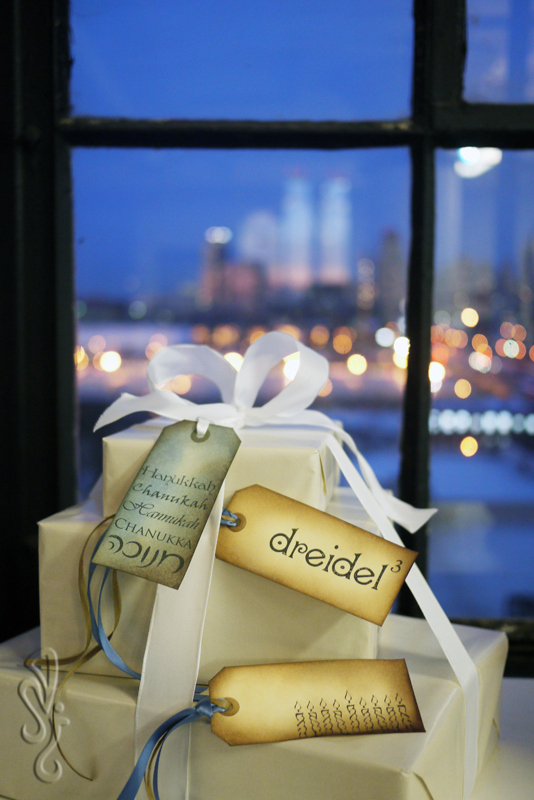 Meet Me Whenever Hanukkah Is

Two childhood best friends agree to get married if they both haven’t found anyone by the Hanukkah before their 30th birthday. But because neither of them know exactly when Hanukkah will fall that year, they each move back to their hometown for the entire month of December, and learn a lot about themselves — and love — in the process.

When an uptight community theater producer and the free-wheeling, zany director that’s new to town are forced to collaborate on that year’s Hanukkah pageant, they quickly clash over what the “correct” way to spell Hanukkah is. Once the pageant demands the two spend each waking day and night of Hanukkah together, the two opposites eventually realize they have a lot more in common than they thought, and also, that there are multiple accepted ways to spell Hanukkah.

A young, extremely handsome, male widower with a chilly demeanor decides that he wants to raze the community synagogue (which just happens the place where he met and fell in love with his now deceased wife), in order to build a large number of high rise condominiums. He has until the last night of Hanukkah to change his mind. The only person who can make that happen? His dead wife.

Down on her luck, a former party girl moves back in with her parents. Desperate for a job, she lies to a local Hebrew school and tells them she’s Jewish, even though the closest she’s come to Judaism is a marathon of Seinfeld. She quickly falls for another teacher before realizing he’s Jacob Prince, of the wealthy Long Island Princes. Can she convert religions before he finds out the truth? And if he does, will that convert…his heart?

After taking her trusty electric menorah to the handyman for a bulb replacement, a plucky young woman quickly discovers that someone else accidentally took her menorah from the shop, and vice versa. As she woman and the mysterious (and good-looking and well-educated) stranger who took her menorah search  the city desperately for each other, could it be that he has more than just the menorah she’s looking for?

Two women on the verge of a breakup decide to spend one last Hanukkah together before they go their separate ways, but find that like the flame of the menorah all those years ago, their love burns longer and brighter than they expected. This is the movie Hallmark would make if they made holiday movies about same sex couples.

1. Bye
2. How Do I Stay Motivated?
3. Sex Tips From Queen Elizabeth I
4. Please Do Accept “Weird Pitches”
5. A Note About The Hairpin
hallmarkhallmark-channelhumormade for tvromantic comediesromcom

I Was A Semi-Sentient Women’s Lifestyle Media Robot