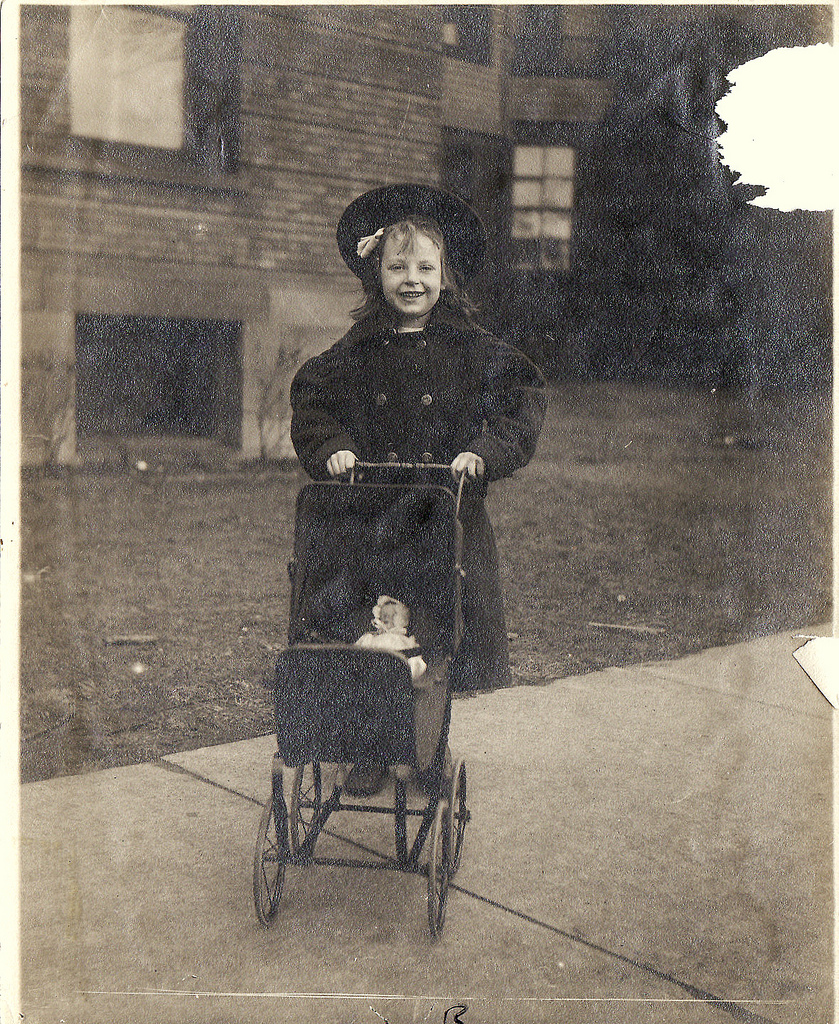 It’s funny to be taking care of a baby at twenty-two. College was yesterday, and wasn’t I the baby then? I don’t expect to have children of my own in the foreseeable future (although foreseeable doesn’t go far beyond January, at this point); I don’t even feel compelled to think yet about whether I’ll ever have children. Babies are something soft, and sweet smelling, and interesting (they are emerging, day by day, from noise into language!); but they exist (or, existed) over there—somewhere that looks like the vague swimming image you get from a poem, or from a half-remembered family party at your grandparents’ house.

It’s also not funny at all. Plenty of twenty-two year olds have babies. But the mean age of first time US mothers is shifting up—from 2000 to 2014, it moved from 24.9 to 26.3. In New York City, where I grew up and live, that number is on average even higher, with more women giving birth between thirty and thirty-four than twenty-five and twenty-nine. Neither the friends I grew up with nor the friends around me now have children; none of them actively anticipating having children. We are all trying to figure out how to avoid being children ourselves, if not exactly how to be adults: extended adolescence, and all that. To be young and without responsibility (except to keep yourself more or less alive) is a selfish, chaotic thing. To be responsible for another young person is very different: it demands quieting and ordering the self so as to fit it, snuggly and safely, around another being.

I’ve been doing this kind of caretaking part time. That’s very different than signing up for children full time, and I feel that, when passersby judge the way I’m pushing the stroller or my outfit or my age or whatever other random factors apparently count as markers of responsibility. I think, you’re right, I’m not capable of this quieting and ordering full time, of this rootedness.

But I coolly glare down their judgment (or, I’d like to think my face does) because, part-time, I am capable. In a muted-because-20-hours-a-week kind of way, I try on a set of concerns that will inevitably filter into my life when friends (if not I myself) start raising children in ten or fifteen years: when was the nap today, what is in her mouth, what could that set of syllables mean. I enter the baby’s solid, sticky world, and for the hours I’m with her, it’s mine, too.

If youth is in opposition to this kind of devotion to another life, it’s definitely in alignment with the part-timeness, or trying-onness, of the way it moves through my weeks. A lot of what I’m doing, and what my peers are doing, as we stumble around New York or Philly or LA, is experimenting with ways to move through adult space and with what parts of it we want to move through. We step into offices or apartments or even kids’ playgrounds, watch, participate, and get to imagine that this is our own context. Really, we’re always arriving in medias res, unaware, uninformed, in spaces where the lives of people older (or, much younger) than us are ongoing. But with every arrival, with every trying-on and every attempt at participation, we learn how to move forward a little better: I give this baby care, I give her safety and vocabulary and baths, and I learn to share myself more kindly and shape my words more actively.

At twenty-two, because you are responsible for so little, because so many of your choices are as-yet-unmade, you are very available. It’s possible to make yourself useful to almost anybody, because you haven’t committed to being useful to anyone in particular, full time. The process benefits you, but it’s not necessarily just a selfish one; to give, part-time, is still giving.

This is a positive spin on the oft-derided millennial inconsistency, unreliability, and general internet-driven dissociation with the norms of hard work and commitment. But our government won’t let us get PhDs and Gen X’s values don’t seem to result in a whole lot of good for most of us; if we’re stepping into the corporate world with a lot of doubts, we’re using shrewd, self-preservationist logic.

Taking care of a baby is funny. Living through our current political moment is funnier (by which I mean, so deeply unfunny that sometimes you end up laughing). Somewhere at the intersection of these funny realities (so goes the hope) is a future that is livable. The chaos of part-time experimenting seems like a reasonable path to get there, since reason, these days, isn’t an option.

1. Bye
2. How Do I Stay Motivated?
3. Sex Tips From Queen Elizabeth I
4. Please Do Accept “Weird Pitches”
5. A Note About The Hairpin
babieschildrennannynannyingnew-york-city