The Hairpin
once upon a tyme 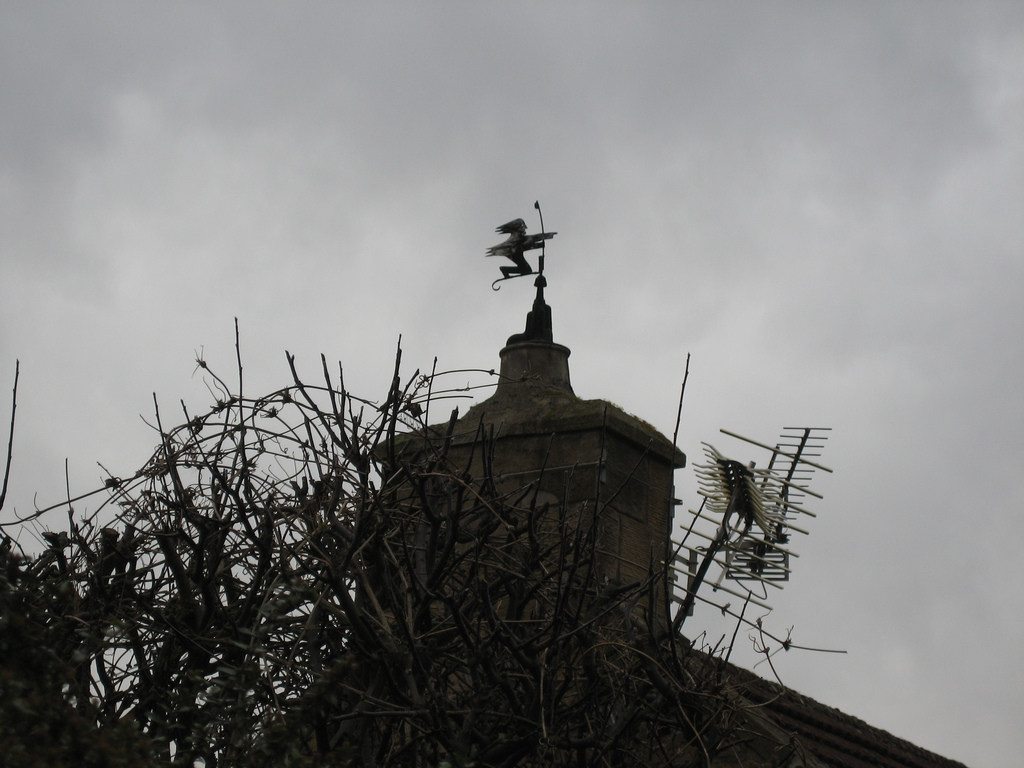 A drawing of a witch with the name WYNNIFRITH, BANE OF MEN, IMPRISONER OF GIRLS scrawled below hangs on the cottage wall. The TOWNSMAN throws darts at the drawing as he talks to a traveling SCRIBE.

TOWNSMAN: Yeah, I’ve got lore for you. What kind of lore you want, stepmoms? So, there’s this stepmom who’s financially independent because the dad died.

SCRIBE: Truly a shame how many evil widows the black plague has left. Is she beautiful?

SCRIBE: Aware of her own power? How terrifying!

TOWNSMAN: Right, and of course she wants to kill her young stepdaughter who would certainly blush and deny it if you told her she was pretty.

SCRIBE: I like that stepdaughter. She sounds young. Does she want to get married?

TOWNSMAN: Yes, she’s in love with a prince.

TOWNSMAN: Well it would be if her evil big-headed self-aware stepmother didn’t want to kill her.

SCRIBE: Gadzooks. This fits well with my theory that all women secretly hate each other.

TOWNSMAN: I know. So the huntsman her evil stepmom hired as an assassin takes mercy on the stepdaughter and she finds this house full of dwarves in the woods and they take care of her since she’s good and pure and just wants to get married but then the evil stepmother disguises herself as an old woman and poisons an apple and the girl eats it and dies.

TOWNSMAN: Well sort of. The prince finds her in a death-like stasis and removes the lid of her casket which wakes her up so she can marry him.

SCRIBE: I like the idea of freezing women in time until they get married. Do you have any others like that involving young women in stases?

TOWNSMAN: Oh yes, all sorts! So, a king and a queen get married and procreate.

TOWNSMAN: BUT there’s this crazy woman who HATES this. She curses their baby.

SCRIBE: This crazèd woman, is she independently wealthy as well?

TOWNSMAN: Yes, she’s very self-sufficient. Doesn’t think she needs a man. Lives ALONE for such a long time everyone at court forgets she even exists and she gets real bitter about it. She’s super old. And wicked obviously. So the daughter grows into a young beautiful girl who just wants to get married like the nice little thing she is, have babies, listen to men, abide by her husband, and of course the evil self-sufficient fairy hates her and everything she stands for.

SCRIBE: That makes sense to me.

SCRIBE: So how does she plot to kill her?

TOWNSMAN: Cursed her at her christening so if she pricks her finger on a spinning wheel she’ll die. HATES spinning wheels and the domestic women who use them. Hates families. Hates listening.

The TOWNSMAN throws another dart at WYNNIFRITH.

SCRIBE: Got it. Writing this down.

TOWNSMAN: Luckily some maternal fairies step in and alter the curse so if a prince kisses her she’ll wake up and fulfill her womanhood.

SCRIBE: So, they’re her godmothers?

TOWNSMAN: Yeah, godmothers. I like the sound of that, call them godmothers.

SCRIBE: How does it end?

TOWNSMAN: A noble prince comes in and fights a dragon and kisses her.

SCRIBE: I don’t see anything wrong with that.

TOWNSMAN: Me neither. Anyway, this wakes her up and they get married.

SCRIBE: What I like about these stories is that they’re fresh and original and place the blame squarely on solitary women living without men.

TOWNSMAN: Thank you. Okay so here’s another one. This peasant’s wife is pregnant and he picks something out of his rich neighbor lady’s garden.

SCRIBE: Is she a witch?

TOWNSMAN: Listen, I think you know how this works by now. Anyway, she’s furious. Furious and childless. And here’s this childful couple. Well she’s very unhappy with her lonely life. if she can’t be happy, they can’t be happy. So she makes them give her the child upon birth or else.

SCRIBE: Wow. But I can totally see that happening.

TOWNSMAN: And she locks the girl away in a tower.

SCRIBE: This girl, is she a teen?

TOWNSMAN: They are. Unlike this older woman who thinks she knows things and might even argue with someone like you or me. It’s all a very unpleasant experience for the young man who sees the girl, who’s got this extremely long beautiful hair, and falls in love with her and wants to bed her—and marry her, I mean it’s not his fault prophylactics don’t exist yet and despite what everyone says he’s not a complete asshole, he’s not gonna just jet after impreg—

SCRIBE: Of course not! Libel!

TOWNSMAN: So after he sweetly fertilizes the daughter’s womb, the witch tricks him and blinds him and her now pregnant daughter runs away from her cause she’s so awful and old and has her own money and ideas. Eventually the girl finds her love, who definitely wasn’t hiding, and they get married. But it wasn’t a shotgun marriage. I mean, yes, my wife’s uncle did have a broadsword on him at the time, but—

SCRIBE: I always do!

The TOWNSMAN stands and buttons his overcoat.

TOWNSMAN: Listen, my apologies, but I have to run to a burning.

The TOWNSMAN points to the drawing of the witch hanging on the wall.

TOWNSMAN: There’s this very mouthy witch, Wynnfrith, who’s made one too many protestations about my cousin betrothing his 11-year-old to our priest’s grandfather.

The SCRIBE gathers his parchment and rises.

SCRIBE: Sally forth! The outspoken witches in this village aren’t going to self-immolate.

1. Bye
2. How Do I Stay Motivated?
3. Sex Tips From Queen Elizabeth I
4. Please Do Accept “Weird Pitches”
5. A Note About The Hairpin
emotionally empowered witchesfinancially independent witcheshumorself-sufficient witcheswitches