The Hairpin
party on 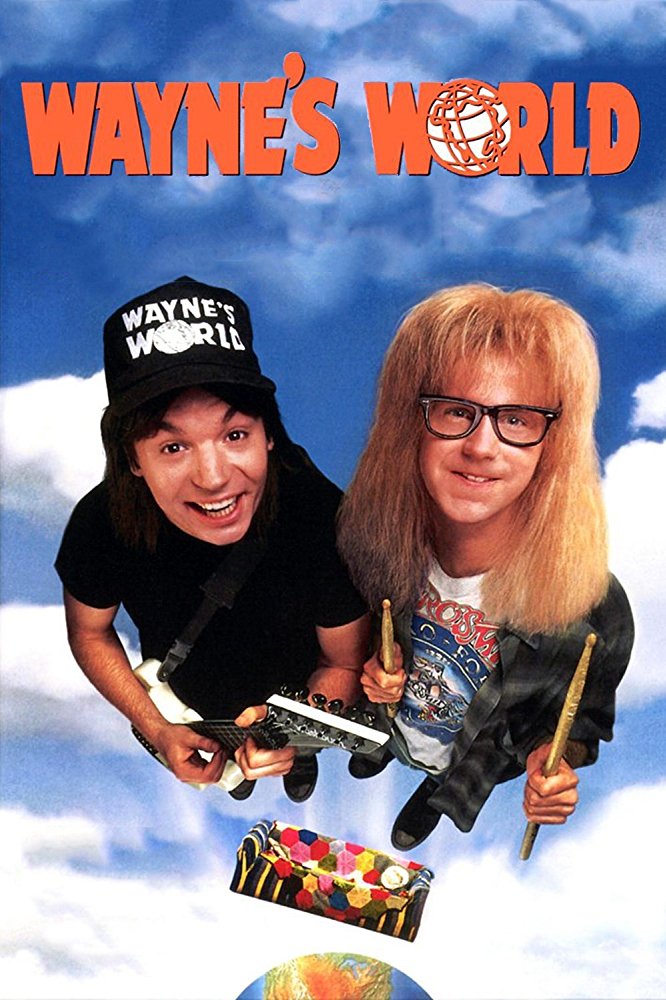 When did you last think about the TV show “ALF”? A long time ago, for sure. Many years ago, you thought, “You know what I hate? ‘ALF’.” You thought, “I won’t rewatch it in order to confirm my suspicions that it sucks even more than I remember, though. I’m busy, and even if I weren’t busy, I don’t want to think about ‘ALF’ again. Time to forget disgusting ‘ALF’.” And then you did. Lucky. You are not a South African born in the mid-80s, and so you have other well-known cultural landmarks from that era to reflect upon. You did not spend age 5 to 10 in a country where there was just nothing on the TV except “ALF”, locally produced puppet shows about milk and Afrikaans witches, and then “L.A. Law” for the parents. Good for you. Bad for me.

“ALF” was dubbed into Afrikaans, and so if I was in the mood for “ALF”, I had to get the radio from the kitchen and tune into the station where “ALF” was being simulcast in English. I was always in the mood for “ALF”. That was the rule. ALF, ALF, ALF. I didn’t like it, or anything. Kids aren’t smart, but even a child knows that “ALF” is terrible. I was compelled to watch though, because American cultural imperialism is powerful, and because there was absolutely nothing else on. Just reruns of “Miami Vice”, also dubbed into Afrikaans, and “ALF”. Only “ALF”.

This really is only the smallest of exaggerations. The apartheid government believed television’s destructive capacities to be equal to those of the atomic bomb. They called it “the devil’s own box.” Inside the devil’s box was communism, “images of race mixing,” and advertising, all of which were believed to be poisonous to white South Africa’s moral health. The state successfully kept televisions  off until 1975. That is a cool 34 years after the introduction of television in America, just for comparison. South Africans listened to the moon landing on the radio. Imagine how boring that was. I asked my mom about the first thing she ever watched on TV, and guess what she told me? The test pattern. Just sitting at home on a Friday night at the age of 22, staring at the test pattern.

Things improved, obviously, but they remained extremely boring. I tell you all of this because I want you to understand that this was the void into which the film Wayne’s World entered my life when I was 11. It had been released four years earlier, in 1992, but South Africa has always been slow to catch on. Its late arrival at the video store across the road was a transformative moment. In the unlikely and unfortunate event that you have not watched the masterpiece Wayne’s World a thousand times, it is a fun and stupid 1992 movie about two dudes having a great time doing their TV show, getting crushes on women who are better than them in every way, and being really into headbanging. It stars Mike Myers and his cap, and Dana Carvey and his wig. It was directed by Penelope Spheeris, the woman who made The Decline of Western Civilization trilogy. This means that even though it is a dopey movie most likely to be adored by 14-year-old boys, there is also something authentic about it re: its depiction of hard rock and hard rock-adjacent things.

The movie opens with Mike Myers, Dana Carvey, and Dana Carvey’s wig having just the best time ever listening to Bohemian Rhapsody in their car. Please understand that when I first saw this, I had never seen anything remotely like it before. Previous to Wayne’s World, I did not know that Bohemian Rhapsody was a fun song for young people in their little car. I thought of it only as a prompt for my mom to get very sad about Freddie Mercury. Here are some of the other things it introduced me to for the first time:

Imagine the mark all of that would have made on an essentially blank canvas. I knew NOTHING. I found out about the existence of “Stairway to Heaven” at the exact same time I found out dumb and obvious it was to try play it, via that scene in Wayne’s World, where Wayne Campbell tries to get the attention of the store clerk by playing the opening bars of “Stairway to Heaven”, and the clerk steams over and points to a sign saying NO STAIRWAY TO HEAVEN, and Wayne breaks the fourth wall and goes “No Stairway. Deniiiiieeed.” Lolol. It doesn’t sound fun or good when I describe it, but that is my fault. I am too close to my material, too immersed in my subject all these many years later. The first time I saw “Crazy,” the Aerosmith music video with Alicia Silverstone and Liv Tyler, I thought “I don’t remember this bit from Wayne’s World.” I had no idea Aerosmith existed outside of the Wayne’s World universe. Same with Alice Cooper. All of this information was not as immediately useful as I might have wished it to be.

I have a cousin who is a physicist. The other day, he told me what he was currently working on: a virtual reality project aimed at visualizing data catalogues from astronomical surveys. He used simple, clear language, and although I did my best to understand, I let us both down. I came away with the following: this project that my cousin the physicist was working on would help us understand where we were in the universe in relation to all the other galaxies, of which there are too many to be comprehended or believed. There’s no point asking follow-up questions when you have very little grasp of what is happening, so I did not ask what was in my heart: What are we going to do with this knowledge? How will it help us? There is definitely an immediate practical answer he would have given me, but I chose to address the question myself: It will not help us in any immediate or practical way, but that is not why we strive for the acquisition of knowledge. I thought “Knowledge for knowledge’s sake”, and discreetly did air quotes to myself under the table. I know I am wrong, but it made me feel better.

That was me and Wayne’s World. A lot of what I learned did not help me in practical terms at all. Watching the movie every day after school gave me a way of mapping my position in relation to the wider pop cultural universe, but it did not make me cooler, or tell me any of the things that I would need to know in order to get by in seventh grade. I would say that knowing too much about Wayne’s World actually set me at a significant disadvantage for a while, there. There might have been millions of South African 11-year-old girls who understood that “Stairway to Heaven” was considered lame, but I did not know any of them. I tried to bring it up in conversation anyway, and was met with blank stares and one time, this girl Cara just straight out asked me if I was a loser. She had a purple string bikini and an Ace of Base tape that she used to play at all the sleepovers, and wanted nothing to do with my long descriptions of different cool scenes in my favorite movie, Wayne’s World. Nobody did. I did not really mind.

Wayne’s World! It taught me everything. The first time I saw MTV with my own eyes, I felt immediately in charge of the situation, like how I imagine my cousin would feel if he went into space and confirmed that all the galaxies and stars were exactly where he thought they would be. Wayne’s World was my Rosetta Stone for American popular culture. Before I had Wayne’s World, I knew about contemporary America mainly from “ALF”, and “ALF” made America look like dog shit. So boring and uncool and everyone wearing either pastel or ochre, sitting on couches all the time being either a parent or a child in a normal family, always parking their cars in their giant driveways and being harassed by their lonely neighbours, eating soft food and laughing at things that are not funny. Wayne’s World threw all of that out of the window. It didn’t do that for you, maybe. You are a global citizen, and I am a simple creature who to this day thinks of Rob Lowe as “Cassandra’s one boyfriend.” Whatever. You don’t think about Wayne’s World as much as you should, and I submit that you should have some respect. It’s 25 years old this year. Somebody should throw it a party.

1. Bye
2. How Do I Stay Motivated?
3. Sex Tips From Queen Elizabeth I
4. Please Do Accept “Weird Pitches”
5. A Note About The Hairpin
alfdana carveymike myerssouth-africatelevisionwayne's world