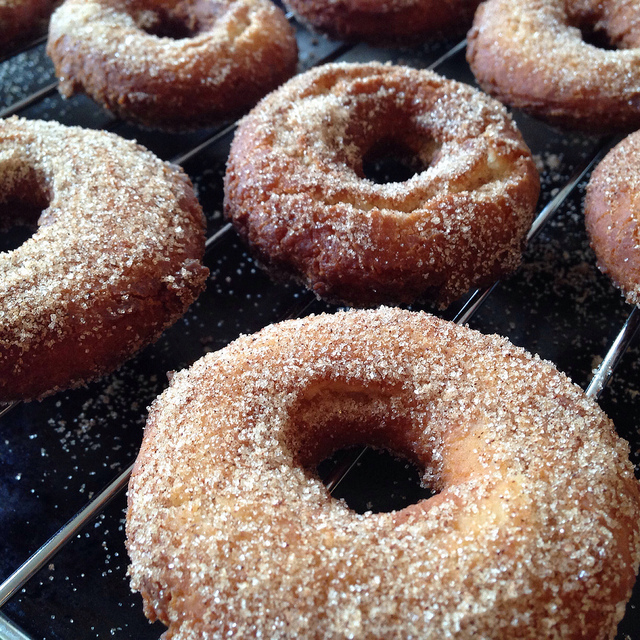 The apple cider donut — warm, crispy on the outside, moist on the inside, messy with falling cinnamon and sugar, circular, hole in the middle, found at apple orchards, other places, and that truck in Prospect Park — is an undeniably perfect autumnal treat.

Oh, my god. This morning I took part in a conversation in which I never expected to take part: One with an angry neighbor who asked whether or not it was me who drove down the street the wrong way earlier. (It was not!) Also in Awl Slack I took part in a conversation in which I, along with tennis legend Mike Dang, had to defend the merits of the beloved apple cider donut against two apple cider donut haters, each of whom claimed that, while the apple cider donut is fine, it is, for the most part, a boring donut for dull people who enjoy it not with a pure heart but with instead a heart infested with nostalgia.

Without going too deep into our Slack conversation, though I know you would love to and actually you’re begging for it, I will share with you a few points made by Dusty Matthews, a New York socialite, and Alex Balk, another New York socialite.

“Cider donuts are sort of like inviting everyone for dinner and serving baked salmon or a roast chicken,” Dusty said. “I mean it tastes good and flavorful and everything but really it’s boring food beloved by boring people.” Incredible. “Apple cider donuts are the ultimate not making an effort donut,” Alex said. “‘Yeah, we have some dough leftover what should we do with it?’ ‘Eh, i dunno, just pour that old apple juice in it and bake it, we can sell it to all the idiots at the farmers market for $4 a pop.'” Insane. Alex also said the donuts are “fake fall nostalgia,” and that “It’s like people whose favorite holiday is christmas and whose favorite ice cream flavor is vanilla. There’s a reason these are the most popular, because most people LACK IMAGINATION and don’t want to think too hard. It’s fine.” Dusty also said, “cider donuts are like… the perfect pinterest donut.”

I know. I personally am very “tuned in,” perhaps too “tuned in,” to the feeling that people are lying to themselves and others for nostalgia- or, for lack of a better term, meme-based reasons when they claim to love certain things like

but the apple cider donut? (I believe it is worth noting that, when challenged, neither man named a donut they enjoyed more, or a donut they found more “exciting,” than the apple cider donut, and when challenged to name a holiday better than Christmas Alex Balk responded “arbor day.”) The apple cider donut is a delight and a wonderful treat. It is simple but interesting. It is charming in its seasonalness. It is warm and soft and crispy and so messy and so tasty.When it isn’t warm, it is still good. Yes it is comforting, but in a real way—NOT in a thoughtlessly nostalgic way. You bring a box of them home from the apple orchard or the pumpkin patch or the whatever and the box gets all stained with grease and you love it. The apple cider donut is nice and wonderful and it tastes so great and feels good in your mouth.

So, the question is: Are apple cider donuts good or great? Please click on your answer and then scroll down for the poll results. 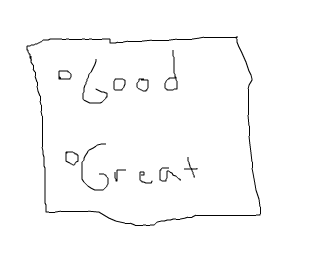 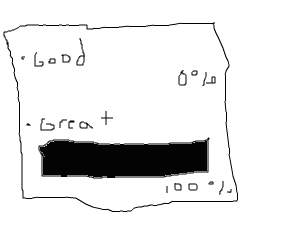 Huh. Well, obviously I can’t see the poll results myself yet and probably they’re going to change as people vote, no duh, but seems pretty safe to say that Alex and Dusty and anyone else who doesn’t think apple cider donuts are great, if those people even exist, hmmm, (reloading the most updated results), ah, yes, those people drool and Kelly and Mike and apple cider donuts and everyone who loves them, hmm, reloading, reloading, ah, yes, rule.

1. Bye
2. How Do I Stay Motivated?
3. Sex Tips From Queen Elizabeth I
4. Please Do Accept “Weird Pitches”
5. A Note About The Hairpin
apple cider donutsright peoplewrong people