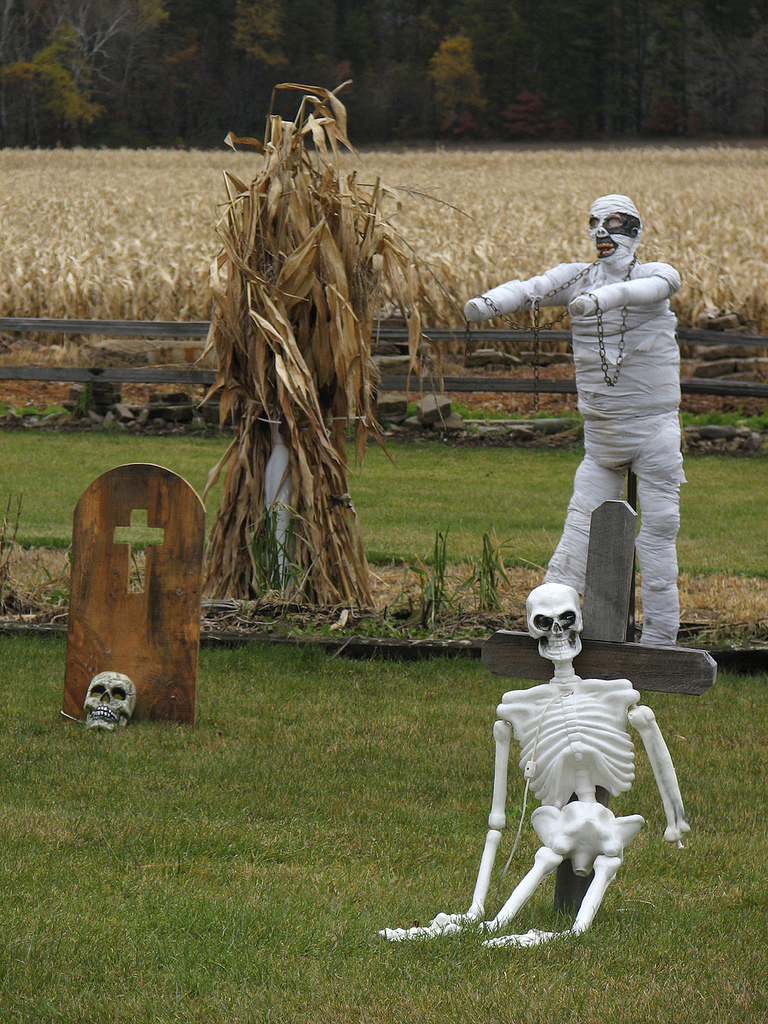 Here’s a pretty spooky question to scare you with its particulars but then soothe you with the pleasant reminder that we’ve been making difficult decisions together every month, now, for a year, except for November of 2016 and January of 2017 because in those months I didn’t think about how these should be monthly, I only thought about that after February: Would you rather be a skeleton or a mummy? Obviously there are pluses and minuses with each of them. One might point out, for example, that we’re all already skeletons and mummies, if this person were unsure about what was a mummy. They’d be half right. Sort of. It’s true that we have skeletons inside of us, at least, I’m sorry to say. It’s scary to think about. You watch your hands typing and, actually, that’s a skeleton typing. (!) It’s just barely not. And soon (in the grand scheme) (or, hey, maybe not only in the grand scheme) (I’m sorry) (but that’s life) it will be. And for a long time after that. So that’s something to think about. You may never be a mummy, though, so this might be your only chance. (For this exercise we’re taking mummy to mean a reanimated mummy, which I know is not the definition. But I do feel like it is the “Halloween” definition, and it is October, so. Let’s “loosen” the rules. [“Loosen” like you would mummy wrappings.]) Hm, where was I. Oh, yes. You may never be a mummy. “Well, I may never be a reanimated skeleton, either,” you’re thinking, “after I’m dead.” That’s true, good point. So I guess that’s a point for each of them, but you do have to admit “mummy” adds a little something because of the preservation and the wrapping. Not that I’m saying you should choose mummy! I’m just trying to make things clear. If you’re a mummy, you got a little secret under your wrapping. A little extra scare. What’s going on under that cloth? Is there still hair there? AHH! Is there a baseball card you were preserved with? You don’t know. With the skeleton, though, there was that funny Jack Handey piece, “Scary Skeleton.” With the mummy, though, theres’s that funny Jack Handey Deep Thought: “Probably the saddest thing you’ll ever see is a mosquito sucking on a mummy. Forget it, little friend.” So maybe it’s a decision between whether you prefer Jack Handey’s humor pieces or his Deep Thoughts. Now that’s difficult. What’s scarier? I’m trying to imagine being confronted by both of them. I guess a mummy is scarier because it just seems heftier, like it can do more damage. A skeleton is, I think, scarier to see, but seems a little weak, if you were going to be in a fight with it. Like, you have everything a skeleton has + more, so maybe you would win in a fight, except the skeleton would probably have demon hell fury so don’t get cocky about it. And anyway, this is what you would rather be, so, in this scenario, you would have the demon hell fury. (Mummy also has demon hell fury.) What else? Skeleton is as naked as you can be, which is either freeing or extra-scary, if you’re shy about nudity. Mummy is really clothed, which can be either oppressive or nice, depending on your disposition. Skeleton you’re all jangly. Mummy you’re constricted. So what is it? 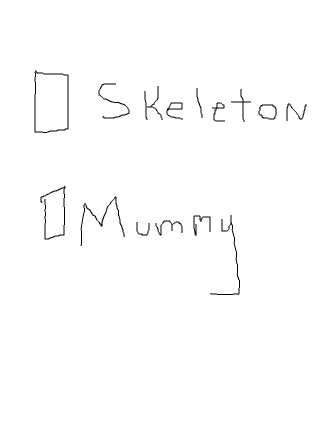 1. Bye
2. How Do I Stay Motivated?
3. Sex Tips From Queen Elizabeth I
4. Please Do Accept “Weird Pitches”
5. A Note About The Hairpin
choiceshalloweenlifemummyskeletonspookywould-you-rather-be