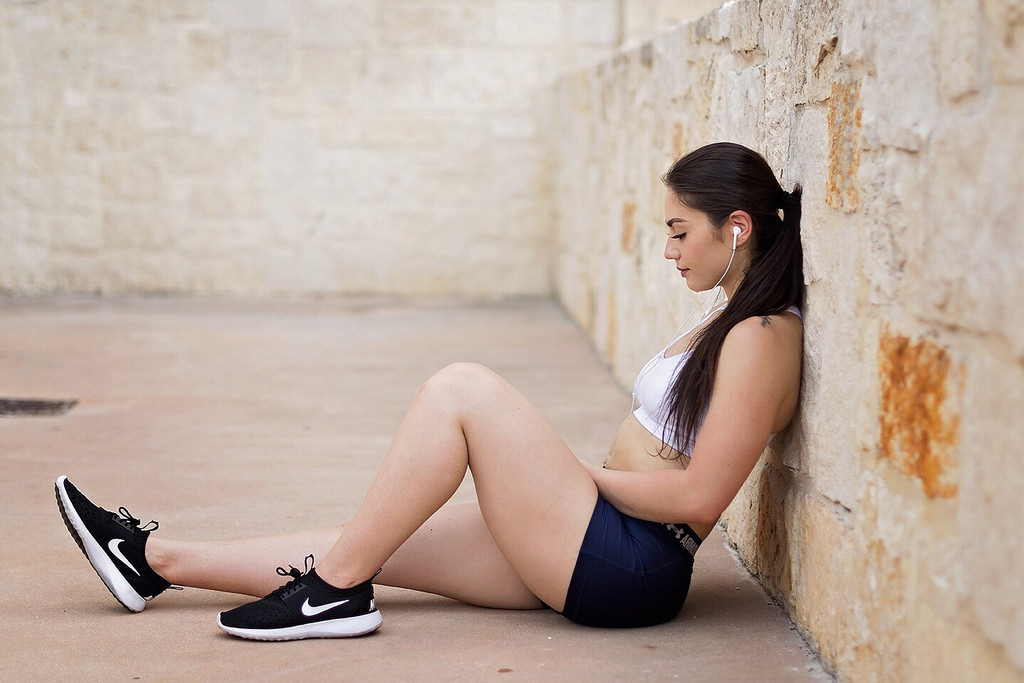 I’ve never been to a gym before and the idea fills me with anxiety. I think it would help if I could imagine, uh, essentially every single step of the process. What do you do when you walk in? Do you scan a card? And then what, I imagine you go to a locker room? Do you wipe off the machines after you use them, and, if so, with what? Like, do you carry a towel with you? What if someone is using a machine and you want to use it next, do you just stand there and look at them? What if there are two people who want to use the same machine next? Do they fight for it? Is it a verbal fight or a physical fight? If verbal, are you allowed to curse? Or is there no cursing allowed?

Please, if it’s not too much to ask, explain to me in detail what it is like to go to a gym so I can imagine it before I go and have less anxiety thank you. —Kelly

Kelly—I’m so glad you asked this, because as the Deepak Chopras and Oprahs and etc of the world will tell you, visualization is the key, or at least a key, to success. It’s impossible to prepare for every scenario but you wouldn’t know it to see my exhaustively anxious thought process. I am someone who tends to freeze up, and cannot, as they say, roll with the punches, so having thought through the motions does certainly help me. And Kelly, it can help you too.

First a little pre-prep: I’d say don’t go in with a strong and rigid plan of doing some complex routine, just for this first time, because it may happen that you get there and it’s overflowing with people all sweating atop one another and trying to do anything will feel like trying to jump into double dutch ropes. Maybe plan to warm up on a cardio machine and then use some dumbbells to do, like, three compound (i.e., using multiple muscle groups at once) movements, e.g., squats, lunges, overhead press, bench press. Don’t make it complicated. Stay a little flexible on your plan, but ALSO, remember that you should be doing heavy sets such that you are tired after, let’s say, 5-10 good reps.

Then you rest, and this is when you can try and look around and take in some of the gym rhythms. Watch how the bros interact with their natural habitat and each other, the gruntings and pointings that communicate equipment use; watch how people use squat racks or plates, how fastidiously to put stuff away, where people stand when they use dumbbells or do deadlifts. There’s a lot to be said for giving yourself a little time to just absorb the rhythms of a gym before you plan out how you’re going to use it. Keep your expectations for the first session or two low, until you have a chance to witness the magic of the gym ecosystem.

So when you walk into the gym, there will be a desk with people at it. If you haven’t been before, you will have to sign up, which involves filling out forms and paying money. If they offer to give you a “free personal training session,” turn it down. Say no as many times as needed, even if it sounds good or they sound nice; this free training session is always, ALWAYS just a too-long too-hard workout where they run you around with like jumping squats and crazy “core” work and then tell you can continue for the low price of $100 per session. Just say you know what you want to do and you’ll figure out the rest, but if someone can just show you where everything is without making you also do burpees, that might be neat. Thereafter, you will either punch in a member number on a keypad or scan a little card to get in.

You can go to a locker room next, if you want or need—depends on whether you are able to arrive dressed to Gym, whether your gym has a strict no-bags-on-the-floor rule and you have to put your stuff away (~most~ gyms do, but ~most~ gyms that cater to heavy lifters could give a shit if you bring a suitcase and Yeti cooler around with you. I have personally witnessed such things). To be safe, just put your stuff away. Some gym lockers have built-in locks, and others don’t so you will have to go buy one of those combo locks like you had for your high school locker (sorry). Lock up your stuff and go back out into the gym.

Whether you bring a towel to wipe stuff off depends a little on your gym’s culture. At some gyms there are no towels, but there is a little paper-towel-and-spray-bottle station. At some gyms, there is nothing. Gyms can even vary on what you’re supposed to do with these things: I once went to a gym in Germany, basically the equivalent of a Planet Fitness but way, way better (McFit!!!) filled with tiny little identical lithe white men no taller than me who nattily laid out provided white towels on any seat they were about to touch, and it was very bad manners to sit on anything directly. This wasn’t even an expensive gym, Germans are just mad respectful of equipment and each other’s germs, I guess.

So, you’re gonna have to play this one by ear, but if towels are provided in the locker room, take a towel and carry it with you and wipe stuff you use as you go. If there are only paper towels provided, rules are a bit looser but I’d say if you leave something visibly gross, wipe it off after.

It also depends on your preference—some people who tend to be the extreme silver-spoon types puke at the idea of sitting on something even with just someone else’s theoretical sweat on it, never mind visible beads. Very few people actually wipe anything down in my gym so I sort of gave up on this standard of cleanliness long ago. Sometimes if something is visibly wet on like, a gross part—someone’s back-of-head-sweat is on a bench seat and I’m about to lie face-down into it to do rear delt flyes—I’ll wipe it first.

However, you should know—gyms are disgusting. People are walking around with their shoes from outside, iron plates are oxidizing all over the place, sometimes there is blood and skin fungi around, and even if it looks clean it’s not. I like to just embrace rolling around in it; trying to stay clean is just not the thing to focus on in a gym. To sit in someone else’s sweat is only to make concrete the disgusting thing you are doing anyway, which is touching anything another person has touched. Don’t touch your eyes, nose, or mouth with your hands. Burn your clothes and be sure to wash your hands after.

Now, you have your towel (or not) and are ready to approach your first thing you want to use (machine, squat rack, etc). Problem is, they are all taken. Try to identify the person who looks the closest to being done—like, not the person warming up with a light weight, but someone who is already popping sweat beads and struggling with the last few reps of their set. Say, “How many sets do you have left?” The answer should be a number (2, 3, 1, etc). If they start to give a long complicated answer about a circuit or something, run away as fast as possible and inquire about a different piece of equipment. There is no fighting; there is, however, some waiting, sometimes. During the waiting time, you may stand around and do light warming-up things yourself, or go do something else, or play on your phone, but don’t wander far. The reason making this inquiry is important is now that person knows you want to use the piece of equipment next, so as long as you’re in their line of sight, decorum dictates they make at least one (1) effort to fend off anyone who tries to swoop in by saying something like “she has next,” “she called dibs,” etc., and then when they’re done they make meaningful eye contact with you, and you hoof it over to the thing.

Now you have secured your piece of equipment. Do your sets! If someone asks how many sets you have left, tell them, and execute your side of this interaction as above. Repeat for all the pieces of equipment you have to use. Remember that you have the right to stand around a while between sets when resting, like a minute or so. This can feel awkward especially if people are waiting, but as long as you’re not spending 10 minutes giggling at Instagram, this is how lifting is SUPPOSED to work, and no one in their right mind will be mad about it.

If at any time you have to leave your equipment to go to the bathroom, get a drink of water, etc, try to leave it in an obvious State Of Use (dumbbells on the floor, weight plates on the bars, towel or water bottle on the bench, etc). This should give people pause before they just jump in and start using it. If you come back, and someone is using it… I don’t know, I don’t really have a good solution for this, your only options are to go up to them and say “I was using that” (and maybe “do you want to work in?”, which is parlance for, we will share this piece of equipment and use it during each other’s rests), or run away. As in all things, try not to do the latter.

And that’s it pretty much! The important thing to remember is that the gym is like any new place, new school, new neighborhood, new workplace. You wouldn’t go into a workplace on your first day with an incredibly specific plan of how you’re going to do your job, because you don’t know how anything works yet. I don’t know why people put this expectation on the gym, but they do. Give it a little time and make a point of observing your surroundings, and things will get more comfortable.

1. Bye
2. How Do I Stay Motivated?
3. Sex Tips From Queen Elizabeth I
4. Please Do Accept “Weird Pitches”
5. A Note About The Hairpin
actually going to the gymanxietyequinoxgympowerliftingswoleweightlifting