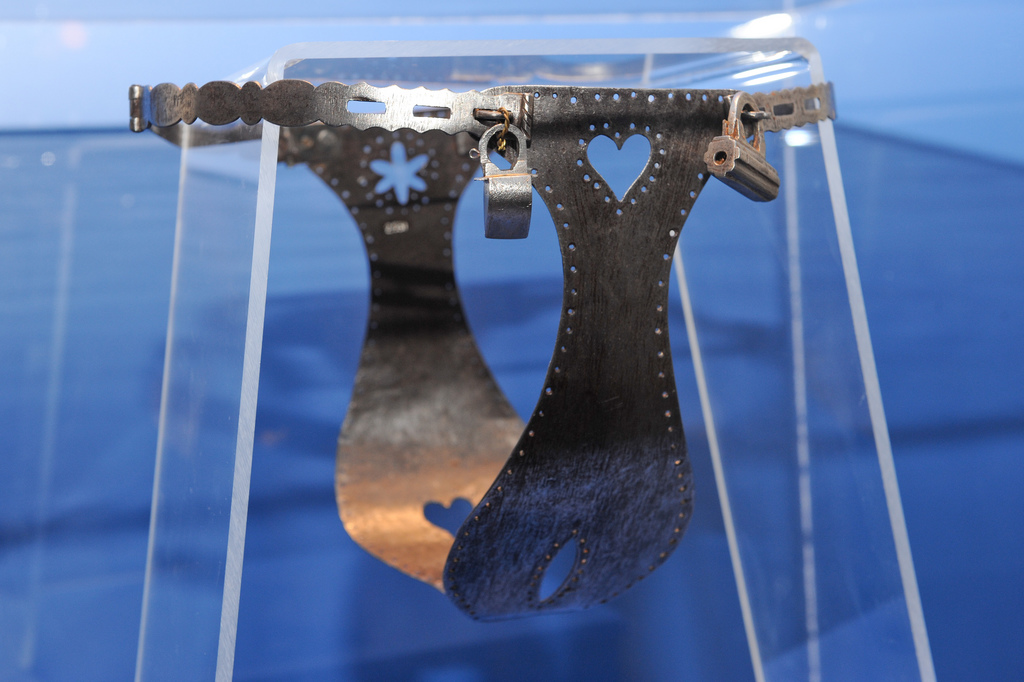 I used to feel insecure, vulnerable, and scared walking down the street, as so many of us do in this patriarchal world. But then I realized that there was one simple precaution I could take that made a huge difference in my life. Let me tell you, I am a new woman—and I want to share my secret.

So I’m going to say it, loud and proud and defiantly feminist: I think women should wear iron chastity belts.

Now before you tell me I’m slut-shaming or imposing “unrealistic expectations” on my fellow sheroes in the fight against The Man, hear me out. This is every day, practical stuff: real life, not your women’s studies class.

Think about it logically. No one has ever been seriously hurt wearing an iron chastity belt (except for the chafing of iron on our sensitive regions, but you know, true feminism hurts sometimes). And that’s just the beginning: it’s not just the physical protection that the reinforced metal underwear provides us, oh no, it’s so much more than that. It’s about dignity, and self-respect, and walking through the world with your head a little bit taller and in a slightly-bowlegged manner, because iron.

Thus clad, there is no need to constantly think about the threat posed by predators, because you have a little bit of metal biting into your thighs as a steady reminder instead.

It’s not just about protecting ourselves, either. This is an issue of really digging deep and changing the paradigm of rape culture for the future. In fact, it has huge implications for how we raise our kids. I mean, we tell our kids not to drink turpentine or play with fire, right? We encourage basic safety rules, right? So… how is that different from wrapping our daughters in literal under-armor from the waist down? And telling our sons: hey, Billy, don’t take something that’s under (physical, non-metaphorical) lock and key!

A car needs a steering wheel lock thingamagig. A house needs an elaborate burglar alarm system. A paranoid homeowner needs an arsenal of weapons. A door needs a doorbell and a window needs flowered curtains. A dog needs a leash. Are you following me here? A woman—who is definitely not property or an object that could be stolen by a male thief in any way, because that would be a totally unfeminist analogy—needs a chastity belt. It all checks out.

Finally, and let’s not discount this part, there’s the visceral aspect of it, the punk rock, roller-derby, you-go-girl-satisfaction. Think of the deep clang you might hear as your assailant’s crotch brushes up against a wall of iron. Ow! Surely he will slink away, a defeated dog, to harass some other woman who didn’t think to wear her chastity belt that morning. Feminism is so powerful that way.

1. Bye
2. How Do I Stay Motivated?
3. Sex Tips From Queen Elizabeth I
4. Please Do Accept “Weird Pitches”
5. A Note About The Hairpin
chastity beltfeminismhumor

Days Among The Dreadnoks