The Paranoid Girls of Tumblr 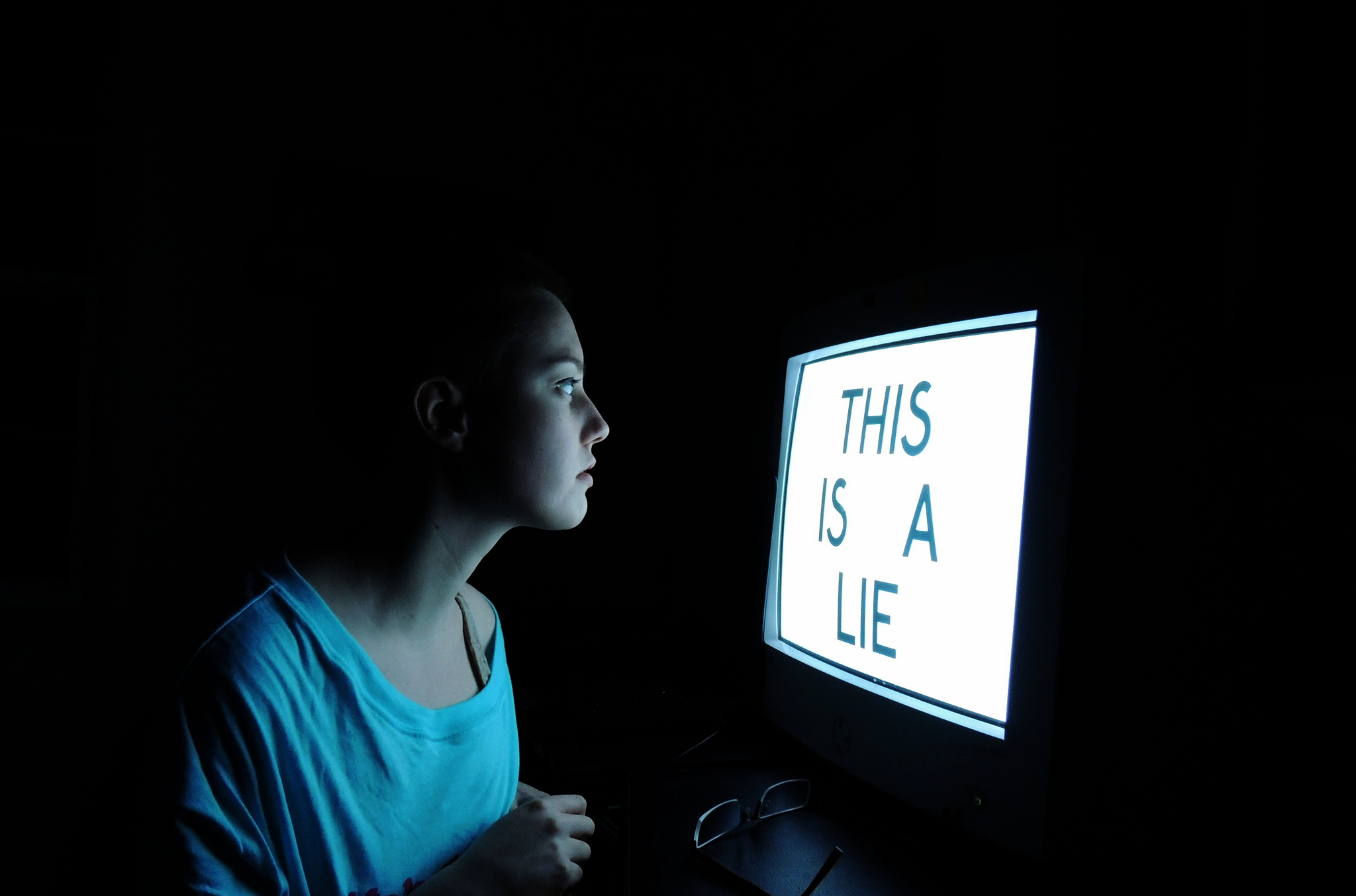 One of the internet’s most notorious recent conspiracy theories isn’t so interesting in what it posits—that former One Direction members Louis Tomlinson and Harry Styles are in love—but only in what its believers have done to protect it.

Convinced that nefarious actors like Simon Cowell, Modest Management, Syco Entertainment’s global media head Anne-Marie Thompson, and British tabloid The Sun (edited by Thompson’s husband) conspired to keep control over the personal lives of the massively popular young men, thousands of girls on the internet decided they were the only ones who could see the truth. They felt obligated to act, and they also felt crushingly aware of the urgency — any messages from Styles or Tomlinson would be censored by the conspiracy’s villains, and any time the narrative seemed to crumble, it just meant the good guys weren’t moving fast enough. Unfortunately, a not insignificant number of the good guys eventually found themselves sending death threats to the mother of Tomlinson’s child, convinced the baby was not his or not even a real baby, and either way just another trap they needed to rescue him from.

At this point, being a “Larry” truther is an unpopular identity, with most taking the continued existence of a human child as a sign that they should move on, but thousands of pages of their work are still available to read and, if you ask me, will likely become an important historical document. Conspiracy theories aren’t new, obviously, and they’re as prevalent in male-dominated spaces like Reddit and 4chan as they are on Tumblr, which has a user base that leans female. But this body of work, a literature of young, (mostly) female paranoia, is bizarre, special, and a new kind of writing.

The first clinical conceptualization of paranoia was Freud’s, and he wrote it in 1911, based exclusively on the memoir of a man he had never met. The man, a German judge named Daniel Schreber, had written obsessively about “divine” experiences that revealed to him the secret patterns and ordering of the world, and Freud concluded from this text that paranoia was a distinctly male experience stemming from a pathological fear of a loss of masculinity and “an outburst of homosexual libido.”

Freud later revised this to say that paranoia could also stem from a sexual obsession with God. He said nothing about how a woman could become paranoid, but did take the time to pull out all the references in Schreber’s writing to “miracled birds” and “talking birds,” interpreting these as allusions to young girls who “can say nothing but phrase learnt by rote” and who “betray their lack of education by confusing foreign words that sound alike.” It seems like they might have just been literal birds, but it’s not worth arguing now.

Though psychologists and academics quibbled about the specifics, the basic idea that paranoia was male was taken for granted for most of the 20th century. Freud’s collaborator, Ruth Mack Brunswick, argued in 1929 that women could sort of be paranoid, but only as it related to “delusional jealousy,” which was less interesting, and more like ordinary neurosis, or that classic feminine buzzword, “hysteria.” She contrasted this type of paranoia with the male “philosophic, systematizing persecutory paranoia,” calling it “rudimentary.”

The defining literature of the second half of the 20th century—especially in the U.S.— was pretty paranoid. Many of postmodernism’s most significant novels star a dude engaging in a weird, desperate scramble to see history as continuous and linear, events as related, and motives as determinable, with all of this logic determinable only by him. Those novels are almost exclusively by (white) men and about men, with either the narrator or the protagonist or suffering from the burden of being at the center of a vast conspiracy. The image of the lone, tortured, cerebral guy has persisted in pop culture from Don DeLillo’s White Noise to Francis Ford Coppola’s The Conversation, up to Shutter Island and Mr. Robot. In American fiction, paranoid heroes are almost always male.

That’s why it’s so strange, now, to see the young women of internet fandom develop a reputation for writing complicated conspiracy theories. Even if they aren’t all actually teen girls, the people who wholeheartedly believe that Demi Lovato has an evil twin, or that Avril Lavigne is dead, or, notoriously, that Harry Styles and Louis Tomlinson are in love, are popularly understood to be young women. They’re the star of Zan Romanoff’s 2017 YA novel Grace and The Fever, and she mimicked the language of their Tumblr posts when coming up with words for her teenage narrator. Romanoff has described their language as “academic,” noting that they’re reading celebrities as texts and pulling out “incredibly complex symbology.” (Grace, the titular character, works on a theory that two members of her favorite boy band are having a secret affair, directly inspired by the “Larry Stylinson” One Direction theory.)

That flies in the face of the Freudian legacy, including more modern responses to it. For example, feminist literary critic Naomi Schor wrote a supplement to Brunswick’s theory in 1981, agreeing that there’s a reason women paranoiacs are rare. Leaning on Julia Kristeva’s Desire in Language, she argued that women have a semiotic, bodily relationship to language, where a true paranoid mind requires a rigid, symbolic one:

The semiotic is a distinctive, non-expressive articulation; neither amorphous substance nor meaningful numbering. We imagine it in the cries, the vocalizing, the gestures of infants; it functions, in fact, in adult discourse as rhythm, prosody, plays on words, the nonsense of sense, laughter.

Tumblr’s conspiracy girls don’t abide by that rule at all. Sure, they GIF moments of intimacy between their subjects, and they’re preternaturally gifted at picking up on weighty eye contact, but the most thorough posts are about concrete, repeating images: A blue bandanna that keeps cropping up. Some white paint. A teddy bear.

Like all the defining paranoid literary works of the 20th century, they have a fascination with codes, numbers (especially dates), colors, and symbols. Many of the posts read like term papers on The Great Gatsby, and you can tell they’re written by intelligent young people who have just been taught how to close-read. One of the entries in an April 2014 Tumblr document called “The Harry + Louis Treatise” reads, in part, “Tattoos are extremely important. Some of the discussion about Harry and Louis’s tattoos is particularly speculative, but some of the symbolism is also particularly obvious, so.” The bulk of the post is about hearts and arrows and nautical imagery that Styles and Tomlinson have tattooed on their bodies, as “clues.”

There are exceptions to the notion of paranoia as a boy’s club. Thomas Pynchon’s The Crying of Lot 49, first published in 1965, is about a woman who becomes obsessed with uncovering a centuries-long war between two mail distribution companies. Oedipa Maas alienates everyone in her life and loses chunks of her memory, but she doesn’t exactly fit the archetype of a paranoid protagonist. She doesn’t consider herself the target of the conspiracy, and thinks, at one point, “What really keeps her where she is is magic, anonymous and malignant, visited on her from outside and for no reason at all.” She says her main choices are to go crazy or to marry a DJ. And while the traditional Oedipal figure is obsessed with the manner in which what happens around him is directly related to his own development, Oedipa Maas forgets to include herself in the novel’s prolonged “search” at all. Also, her story was written by a man.

In Joan Didion’s 1996 novel The Last Thing He Wanted, the narrator is paranoid, while the protagonist isn’t. Elena McMahon, an American journalist inadvertently looped into an Iranian arms deal, dies completely ignorant of what’s going on, while Didion’s narrator, in the end, remarks,

I said that while it was true that the telling of a life tended to falsify it, give it a form it did not intrinsically possess, this was just a fact of writing things down, something we all accepted. I realized as I was saying this that I no longer did.

Narrative structure, in that novel, is just a way of coping with a world that is too random and cruel to face otherwise. It’s not really about a conspiracy—or a paranoid woman—at all. The narrator tells the whole story in the past tense, which means she was already at this place of disillusionment when she started.

But in Grace and The Fever, the narrator and the protagonist are the same, the conspiracy is large, and the language intentionally mimics real young women. In the stories they write on the internet, they’re also the narrators and the protagonists, framing themselves as heroes (and occasionally going way too far). The theorists here, like the stereotypical paranoid, see themselves as the only people awake to the secret ordering of things and they also see themselves as imperiled because of that fact. But they’re not lone wolf conspiracy theorists, they’re collaborators.

There’s a lore to these paranoid girls’ conspiracy theory and it builds upon itself, which means there’s also comfort to be taken from participating and contributing. In that sense, they’re wedding themes of postmodernism with the structures of academia and a platform with a system of additive reblogging that gives it more in common with oral storytelling than writing.

Is it a literary genre? Well, if this “genre” evolved from high school English classes and the neverending pool of symbols and imagery and language available on the internet, I don’t see how it’s that much different than say, Don DeLillo’s paranoid literature evolving from modernist heroes and television. They pull apart song lyrics and cryptic interview answers, developing a command of highly specific reference akin to what a PhD student focusing solely on a single set of poets might have. They recognize their most skilled and prolific authors and hold them apart from the crowd as leaders. They’re paranoid girls publishing paranoid writing—blending fact and fiction, putting it all down, leaving it there for us to analyze.

1. Bye
2. How Do I Stay Motivated?
3. Sex Tips From Queen Elizabeth I
4. Please Do Accept “Weird Pitches”
5. A Note About The Hairpin
conspiracy-theoriesgirlsparanoiatumblr