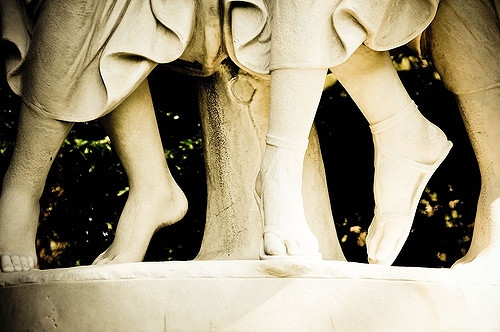 Cindi Leive, the editor-in-chief of Glamour for the last sixteen years, is leaving her post, within a week of news that top editors of Time, Elle, and Vanity Fair are departing.

She laughed and tucked her bare feet under her on the living room sofa in her Brooklyn townhouse. This was the day before she would inform Glamour’s staff, and she was a little nervous about telling her team the news.

I know there’s a lot going on in the world and print media has been caving in on itself for at least ten years, but can we talk about the foot-tucking trope in profiles of celebrity/famous/fancy women of interest?

Making herself at home on the sofa, the singer, known for penning songs that “romanticise heartache”, tucks her feet beneath her and waves a white iPhone (with diamante disco ball charm) at me.

“There are some people for whom they are genius, they’ve carved out their niche, this is what they do and they do it brilliantly,” she says, bare feet tucked under her, perched on her publicist’s couch.

It is shortly after midday on a sunny Wednesday in Hollywood and Oprah Winfrey is sitting cross-legged in an armchair with her bare feet tucked under her bottom.

Her face is professionally made up, she’s wearing black leather jeans and a sheer embroidered top with a black bra visible underneath – and, in what seems like a mini act of rebellion, she’s kicked off her heels and tucked her bare feet up beside her.

In person, Watts, 44, small and pretty, exudes a fluttering, warm energy. With her shoes kicked off and her bare feet tucked under her on the sofa, there was no sign of the signature toughness.

As she sits curled up on a couch, her bare feet tucked under her skirt, we discuss her latest film, in which she plays Captain Melissa Lewis, the commander of the first NASA mission to Mars.

In a recent interview in lower Manhattan, not far from where the period drama is set, Ms. Cotillard sat in a chair with her bare feet tucked under her.

‘I hate the word psychic,’ she says, through gritted teeth as she settles into her sofa and tucks her feet underneath her.

Amail tucked her bare feet underneath her and pulled up the collar of her puffy black coat.

But the most pressing matter of the moment would appear to be the way the zany redhead was curled up in her chair in her brown floral summery chiffon dress, concealing the mystery of those bare feet tucked under her.

Dressed in a short, black crepe dress, the dark-haired, brown-eyed Fisher curled up on a couch, tucked her bare feet beneath her and spoke of her career as an actress and novelist.

The superpetite 5’3″ actress is dressed in track pants and a black T-shirt, her bare feet tucked under her on a patio chair outside by the pool at her modest, airy West Hollywood home.

Negga continues, her bare feet tucked under her and her Prada heels hovering nearby

Dressed in layers of sand-colored linens, her bare feet tucked up under her on a cream-colored sofa, Close is breathy, wistful, even kittenish.

The sun has set, and Barrymore and entourage have made it to the nearby restaurant Marix Tex-Mex Playa, where she has unburdened herself of her cameras. Sitting at a corner table with her still-bare feet tucked behind the legs of a chair, she explains a recent entanglement.

After the day’s shoot wraps, Berenson resettles in the living room, her bare feet tucked beneath her.

Actress Suzy Amis sits on a plush settee in the lobby of New York’s Algonquin Hotel with her bare feet tucked under a flowing white gown and her red hair tumbling over her bare shoulders, which are shaking with laughter.

Anderson is perched on a sofa in the bar of The Beaumont, wearing a blue dress, with her legs and bare feet tucked underneath her.

Immaculately made up but without shoes, with her bare feet tucked under her bottom, Byrne is poised and professional, a world away from the arrested development of her on-screen character.

Friendly and relaxed, she wears ripped black jeans and a plaid shirt, her bare feet tucked up on the chair beneath her.

She kicked off her black suede flats and sat with bare feet tucked under her to talk about her third film as director and her friendship with Gibson, whom she first met when they worked on Maverick together in 1994.

When I meet her in a hotel in New York, Gyllenhaal is curled up on a sofa, bare feet tucked under her, gloriously round belly cloaked in a dark brown shift dress.

She sits in her tiny dressing room, wearing an old white muslin shirt and a full cotton skirt. Her feet are tucked beneath her.

When she arrives the first thing I notice is her cowboy boots, the color of pale calf, slightly battered. They look so much like leather it’s uncanny.

“Yeah, I know,” she says, and tucks them out of sight. They must be the ones she sells – the veggie shoes that have been such a hit. I bend to admire them again, but she’s tucked her feet so far under her stool I can’t reach them.

I could keep going!!!!!! This is sort of like saying “her hair flopped off her head and down her shoulders,” or, “She raised her eyebrows closer to her hairline.” It might be time to find a new thing to write about besides how human women sit on capacious sofas! The only guy I found doing this was Riccardo Tisci in 2010:

It was the end of a long day, and he was sitting in his suite at the Mercer hotel, his bare feet tucked under him, chain-smoking his way through a pack of American Spirits.

1. Bye
2. How Do I Stay Motivated?
3. Sex Tips From Queen Elizabeth I
4. Please Do Accept “Weird Pitches”
5. A Note About The Hairpin
celebritiesmagazinesprofileswomen's magazines