Should I Get Stronger For Self-Defense? 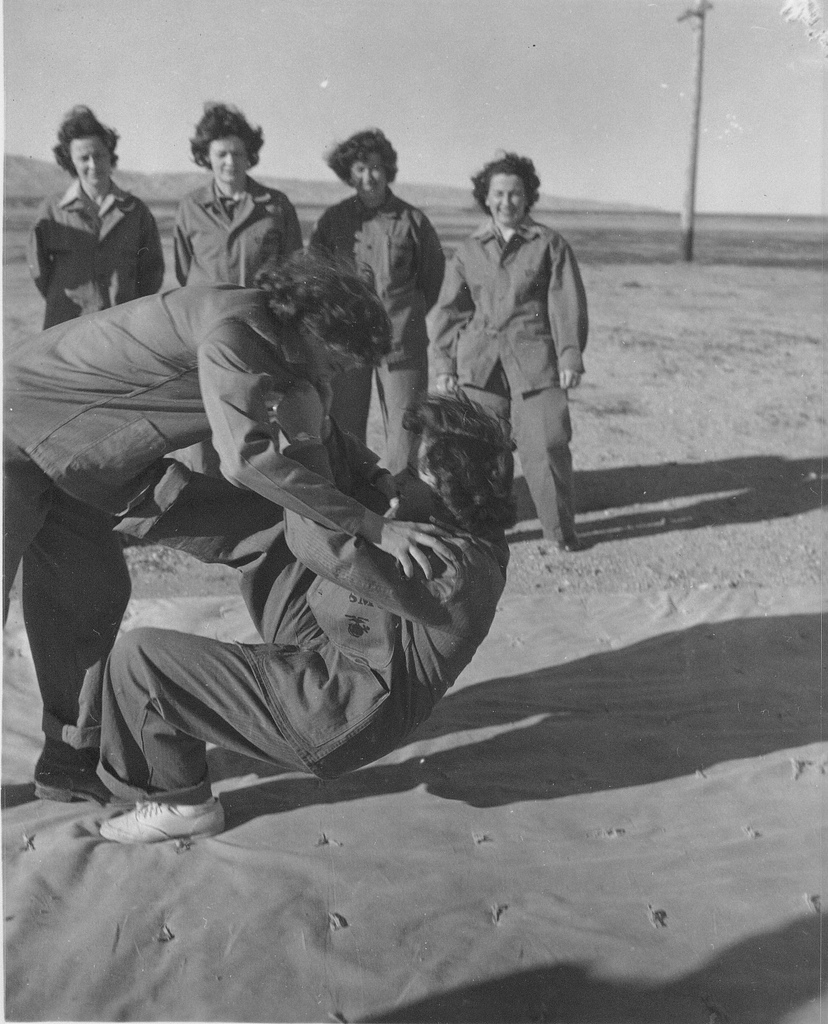 I hope you’re doing well. I only recently discovered Ask a Swole Woman recently and love it. I’ve forwarded some of the articles to my friends and family and I plan on being a regular reader in the future.

Events in my life have pushed me to attend self-defence classes but my concern is my size. I’m 5″2, weigh 125 lbs, and I’m not convinced anything I have learned will work against a guy who is taller and heavier than me. I was wondering what you thought about weightlifting as a substitute for self-defence. I know it’s comparing apples to oranges, but I’m just looking to have just enough strength to be able to protect myself and I’m scared I’ll be unable to remember the techniques I learned in class to use in real life.

Well now that the U.S. government is fully in the toilet and there are protests (and necessary counter-protests) week in and week out, it does seem worth figuring out how to protect ourselves. I think many of you took up boxing for this reason, which, while it’s not nothing, it’s sort of a precision sport that doesn’t have a ton of carry-over to actual self-defense situations, and you could build a lot more strength more quickly by focusing on that rather than the skill of boxing.

I think strength only comes partway into the equation here. Aside from the general benefits of working out, I don’t think anyone’s ever been like, “ugh, I’m TOO strong, it’s TOO easy to bend down and pick this 40lb bag of cat litter up, TOO easy to carry all the groceries from the car in one trip, TOO easy to stand up from sitting on the floor. If only I struggled more!” Strength has carry-over not to just your daily life but all athletic applications. You’d have to be pretty elite in any sport for the weight tradeoff from carrying more muscle to hold you back, in most cases.

You could probably surprise the crap out of an assailant with your strength, because you don’t have to be big at all to be strong as fuck. But strength alone isn’t necessarily going to help you. Even if you are strong, for your size, and have the presence to fight back (many people freeze up in scary situations), there’s a lot to be said for skills specific to this situation.

Self defense classes are a good start—since they are often targeted at women, they are usually optimized for impact rather than depending on your raw defense strength, and will teach you moves that will leverage your physical disadvantages, i.e., stuff that will maximally hurt or disable an assailant, or free you from them, with relatively little effort on your part. It sounds like you’ve maybe already given this a shot, but I wouldn’t underestimate either their value, or the possibility that you might get more comfortable with more practice. Not to scare you, but a 5’2” woman who is even at her biological capacity for strength won’t be stronger, in raw numbers, than even a novice-to-intermediate average-sized dude. That is why technique and learning to leverage that size and strength is important.

If you’re interested in building this out a little more long-term, you might want to look into something like aikido. Aikido is a martial art that focuses on using the energy of an opponent against themselves, so theoretically, the harder they try to attack you, the more harm they will do to themselves (this video is kind of dorky but will give you the idea). Picture like, someone running at you full speed with the intent of tackling you. The raw force approach would be for you to stand your ground and brace for impact; aikido is more like deflecting or dodging them, such that they collide with the wall behind you, or charge right into a pile of garbage, or over the edge of a bridge, or flip onto the ground. No effort from you, max damage for them.

Jiu jitsu has a similar idea of max impact from small techniques and, according to Wikipedia, which I have generously read as in-depth research, “promotes the concept that a smaller, weaker person can successfully defend against a bigger, stronger, heavier assailant by using proper technique, leverage, and most notably, taking the fight to the ground, and then applying joint-locks and chokeholds to defeat the opponent.”  This may not seem possible, even, but you can’t underestimate the power of putting an opponent in a weak position where all they can do is flop around like a fish. That sounds like it rules, slash, is perfect for you?? You can literally learn to kill a guy with your bare hands. God, I want to get into this now.

You might feel at earlier levels like you might not be able to connect your skills with a situation at hand, but it seems you’d have to get to the point of sparring, actually having to practice reacting in the moment, to get good at it. I wouldn’t put pressure on yourself to be “good” at such a thing until that point.

In general, I’d suggest looking into martial arts, and in the meantime take some self-defense classes and get started with some basic strength training. If you are really looking to build speed and power long-term, Olympic weightlifting (snatch/clean and jerk oriented training) might actually be a slightly better match than powerlifting (squat/bench/deadlift-oriented training).

You may feel miles away from this as a small and relatively physically weak person, but maybe this is a way to think about it: strength and skill and power are a continuum. You will certainly have a better chance of getting the best of a physical situation, whether it’s disarming someone pointing a gun at your face or carrying a 60-pound box up several flights of stairs, if you are stronger and more trained as opposed to not. A fave internet trainer guy of mine, Bret Contreras (PhD, CSCS), loves this quote that I can’t tell if he made it up or not: “If you think lifting weights is dangerous, try being weak. Being weak is dangerous.” (God, if you love little Instagrammable aphorisms, lifting weights is the sport for you.)

Being strong and healthy is, for me, a way of giving myself options. It is a skill that is worth having, to a degree that often surprises people, because so many of us just limp along without it for our entire lives, throwing out our backs or having a “bad” shoulder or whatever. When it comes time to move from one apartment or another, or I decide I want to bring home a few extra gallons of milk for gains, or even if I have to lean over to grab something from a table a few feet away or bend down to pick something up, staying strong gives me the option of being able to do those things, or even better, a lesser chance of hurting myself while doing them. When you are weak and unconditioned, even the most basic movements can be a roll of the dice on whether you get hurt. It’s always a possibility, but functional strength training with compound movements that are natural to your body like squatting, benching, deadlifting, can significantly increase your odds of “survival,” so to speak, even while doing simple things.

1. Bye
2. How Do I Stay Motivated?
3. Sex Tips From Queen Elizabeth I
4. Please Do Accept “Weird Pitches”
5. A Note About The Hairpin
ask-a-swole-womanpowerliftingself-defensestrengthstrength-trainingweight training