Does Nothing Taste As Good As Skinny Feels? 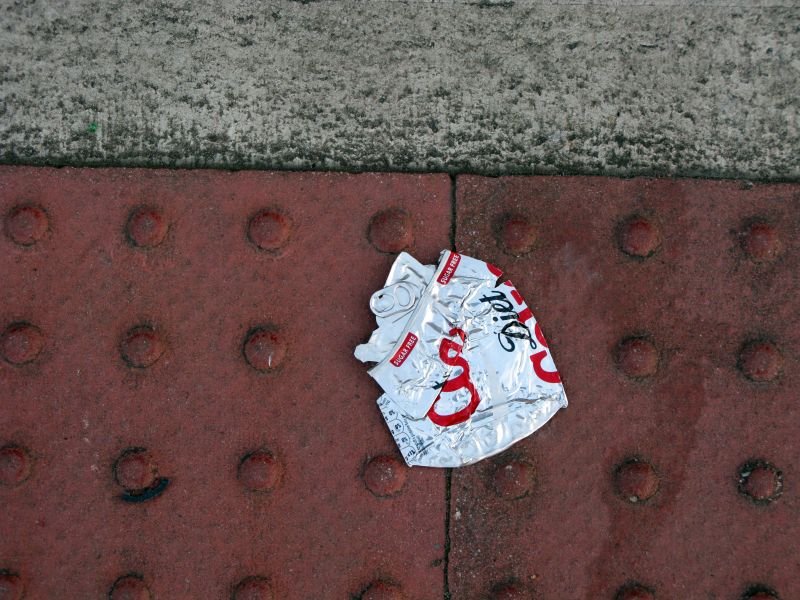 First of all, I love your column. You’ve definitely been a big part of my inspiration to get into weightlifting, and I am so, so grateful and glad that you write here regularly.

I wanted to learn to lift, so I signed up for 15 sessions with a personal trainer. I told her I wanted to learn lifting as a skill, to complement my running during times when I’m either not practicing for another half-marathon or when the weather is too bad to run outside.

I have a group of four close girl friends in my city. I love them all dearly and would sacrifice a kidney for any of them, but most of us have struggled with body image and eating disorders at some point in our lives, and many of us still have really fucked up views about that stuff. One of these friends (a naturally slim woman who works as a doctor) often drops that infamous Kate Moss line (more on that in a minute).

This makes me feel so sad, and I hate to say it, but it gets to me, too! One of the reasons I took up this exercise program was because I wanted to feel good about myself! I want to feel strong and confident and… It’s crazy, maybe, but I actually enjoy the act of exercising. I know it’s often awkward and uncomfortable, but I really like the challenge, and it also calms something in my brain.

Maybe more importantly, exercise has also helped me develop a better relationship with my own body. I’m probably smaller than the average American woman (about 5’6″ and at my heaviest only about a size 8), but I still struggle with body image. I’ve reconciled this lately by telling myself, “I’ll never be skinny, so I may as well be strong.” And that helps me! It truly does! No doctor has ever come out and said that I’m fat or overweight, but they do sometimes (especially lately, now that I’m in my 30s) ask how I feel about my weight. And I tell ya, the answer is always, “Not awesome!” Should I want to lose weight anyway?? I know I’m technically overweight as far as BMI goes (I always have been! Doctors have been telling me to lose 20 lbs since I was in high school and bulimic and easily 30 lbs less than I am now), but I’ve run three half-marathons in the last year.

I feel a little dismantled when I hear one of my closest friends say that “nothing tastes as good as skinny feels.” Like, first of all, haven’t you ever tasted cheese? And second of all, why?? I wonder sometimes why she says these kinds of things when she knows that some of us have had (and maybe still have!!) problems with eating disorders! How do I deal with this? Do I deal with this at all? Am I the sensitive one here? Am I not giving my friends enough credit when I get the sense that they might feel undermined or hurt by these kinds of comments?? And how do I handle this on a personal level when I hear these kinds of comments and think that hey, maybe I’d still like to focus on losing weight, too?

I can tell you that my boyfriend (who’s been lifting most of his life) is one of the few people (maybe the only one, come to think of it) who encouraged me to take up weightlifting, and he has actually been an incredibly positive influence here. He loves it when I tell him about anything I’ve done at the gym or about any progress I’ve made, and he’s unwaveringly supportive and positive about it all.

But outside of my boyfriend and my trainer (neither of whom ever engage in this kind of talk at all), I don’t know how to talk about this or how to handle any negative body talk. Is there any way I can talk about what I’ve been doing at the gym in a way that doesn’t put down my other women friends? Even better, can I do anything to maybe influence them to have a better relationship with their own bodies?

Thanks for your help and guidance,

—Lions And Tigers And Body Issues

God, this problem is so, so hard. We all have that friend—not even metaphorically, but literally—who has repeated those godforsaken words from Kate Moss. Many of us have even believed them, or wanted to, or at least seriously considered them. I know I thought this was a real way of living once.

Disordered eating is a quiet epidemic, and no one ever truly escapes it—not people who get hobbies, not people who find career success, not even people who complete in-patient treatment for eating disorders. There is a lot of specific messaging and awareness around eating disorders, but the messaging around nonspecific disordered eating, which is much more widespread if less immediately life-threatening, is murkier. It is terrible that people are hospitalized with ED, but there are also lots of people walking around delirious from not having eaten today because they ate a piece of cake last night, or doing juice fasts or tea cleanses or experimenting with breatharianism or whatever.

The directives the world gives us to eat less and be smaller and weaker are so loud and ubiquitous and unrelenting, it is impossible to live in society as a woman and not second-guess the very food you put in your mouth or each individual inch of your exterior. So many of us, at one point or another, have been slowly dying by our own hands, chipping away at our livelihoods in search of some fictional perfection, often because we feel it’s the only measure of control we can exert in our worlds: to not eat and feel that virtuous, light, lightheaded hollowness; to eat until we’re sick; to exercise until we’re stiff and nauseous and sprained and stress-fractured. When no one listens to us, when they blame our problems on our gender, we turn on ourselves. It makes no sense and perfect sense. They blame us so we blame us too, and we try to fix and punish and cajole and manipulate ourselves through one of our most basic needs.

I’m saying this because it’s important to remember this is not a simple problem you can logic or guilt your friend out of. It’s important to realize how deep this runs in so many people. I only recently started talking to friends about my disordered eating patterns because for a long time I didn’t even know it was real, classifiable disordered eating (I was never thin enough or had enough health problems to be actually, medically anorexic, and I specifically toed the line at 1200 calories because beyond that laid real anorexia.) I thought living on 1200 calories, obsessing for hours or days to distraction about eating an Oreo (either before or after the fact), or framing food in terms of what you can “work off” later was just normal. But since I have started talking about it to them, they’ve responded and talked about where they’ve been and where they are, too. Maybe I’m blessed with particularly enlightened friends, but my point is that while the curse of this subject is that we are all trying to find footing in this crooked, warped funhouse of an existence, we are all in the same crooked, warped funhouse. If your friend is a living woman in America today and is saying things like “nothing tastes as good as skinny feels,” well, I’m not a doctor, but I think you have to put two and two together.

I don’t have a lot in the way of specific advice, or of things to say—I don’t think trying to quip back or take offense is ever going to be the right move. Though you might be tempted to hardline this friend, refrain from trying to either fix her or being sanctimonious—you are not her doctor or therapist. And I know her words can feel like a judgment on you or others, but even if it is, it’s from a place in her that is so loud and distorted, she can barely hear what she’s saying. Even if she truly meant it as a judgment of you, it still says so much more about her than anything or anyone else. This doesn’t excuse it or make it okay or even make it something you should let slide by, though in mixed company or outside a one-on-one encounter you might not get much traction trying to question it.

But I’d encourage you, big-picture, to try to act from a place of empathy; you are actually in a more similar place to this friend than you might feel. You’re maybe at a different stage than her, but you’re on the same journey—and trust me, that path may not be as straight as you might currently think it is. When it comes to ED, you may think you see the light at the end of the tunnel, straight ahead, and you’re gonna make it out and the nightmare will be over, but then the floor drops out from under you, and you’re in the dark again, and there are walls on all sides. This makes it even more important to see the problem for what it is, and to value the good things and places and times.

You are moving toward a good place right now. If pursuing strength has brought you acceptance and understanding and belief in yourself and your abilities and value, that is amazing and incredible and you should work like hell to hold onto it. Tell other people how much you enjoy it, how proud you are of yourself, how much you can lift, how great you feel; there is no shame in that. You’re never going to be able to turn off the world and its messaging about women and their bodies, but you have to learn to simultaneously be awake to it without internalizing it. You can counterprogram without preaching and just by telling your own story.

You already know what you’re hearing doesn’t track with reality, or even your personal experience—being strong feels better than skinny feels. Eating when you’re hungry feels better than not eating. These are truths. Guard them, because you worked so hard to find them. The world is going to lie to you, and people will repeat those lies. You have to hold on tight to your truths, and know that they are true even when you hear the lies, even when they come from your own friends’ mouths. You have to not judge those friends for not having had the time or patience or whatever to have beat back the bullshit long enough to find the true things. You know what that is like because you were there, you are there, too.

1. Bye
2. How Do I Stay Motivated?
3. Sex Tips From Queen Elizabeth I
4. Please Do Accept “Weird Pitches”
5. A Note About The Hairpin
ask-a-swole-womancaloriesdisordered-eatingkate mossweightlifting