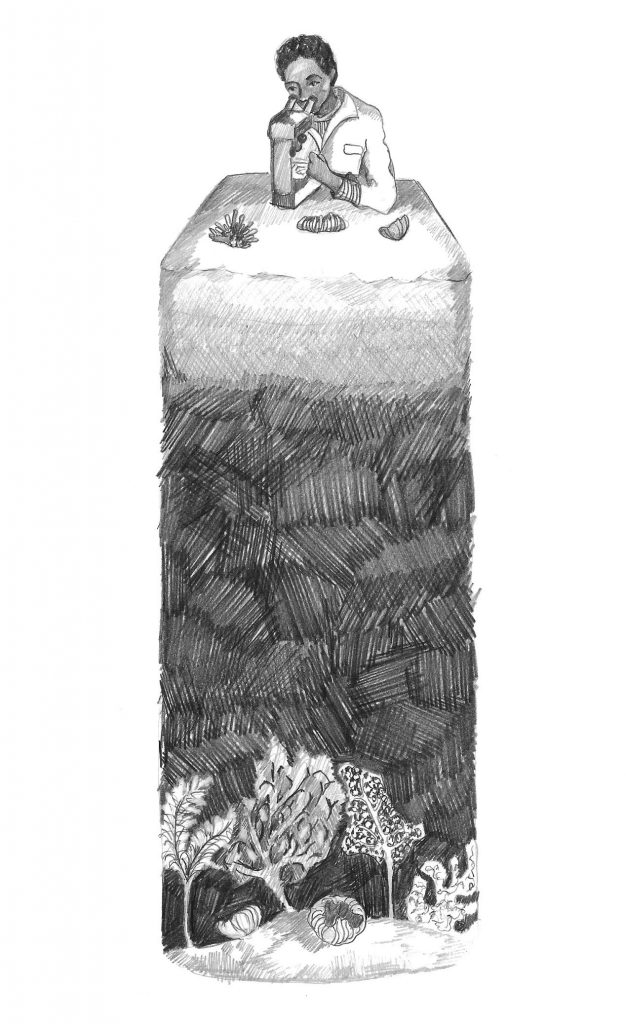 Joan Murrell Owens (b. 1933–d. 2011) not only achieved her dream of being a marine biologist, and discovered three new species of coral, but she was also a dedicated, passionate educator who loved teaching as much as she research. Married to her husband, Frank Owens, on her 40th birthday, Joan named one of the coral species she discovered after him.

Joan Murrell Owens knew she wanted to be a marine biologist from the time she was a child. But, as an African-American girl living in the segregated south, the path to her dream held an overwhelming amount of obstacles. As a young girl, Joan fell in love with the sea on fishing trips she took with her family, near their home in Miami. She watched with wonder at how the water changed colors, she observed the gentle manatees and the playful otters, and she wondered about the myriad creatures just beneath the water.  She spent her junior years reading about marine life and the scientists who worked in it, especially Silent World by Jacques Cousteau. Her family placed great importance on education, and as a result her grades were impeccable. However, when she entered college at Fisk University in 1950, she learned there were simply no opportunities for either women or African Americans in the marine sciences. So she majored in fine art, while also minoring in psychology and math. Still not completely satisfied with her career path, she chose yet another direction for her masters degree, and specialized in guidance counselling and reading.

For the next 15 years Joan had an impressive career working with children in hospitals, teaching, and designing an educational program that would later form the basis for the Upward Bound program. But the original dream of working as a marine scientist left unanswered in her heart. At 37, frustrated with the lack of equal pay in her current career, she left her field to finally pursue her childhood dream. She enrolled as an undergraduate all over again at George Washington University, which allowed her to mimic a degree in marine biology by creating her own interdisciplinary program combining zoology and geology. But she carried the traits for sickle cell anemia, which prevented her from diving, and thus working in the field.

Again she adjusted, and embraced a project studying century-old coral samples at the Smithsonian. Joan discovered one new genus of coral, and three new species of coral. After years of study, research, and teaching, at the age of 51 Joan earned a PhD in Geology.

1. Bye
2. How Do I Stay Motivated?
3. Sex Tips From Queen Elizabeth I
4. Please Do Accept “Weird Pitches”
5. A Note About The Hairpin
coralgeologyillustrationjoan murrell owensmarine biologyscenes-and-sketches