Candle Review: Diptyque, “New York,” Which I Have Not Smelled For Reasons That I Find Rude 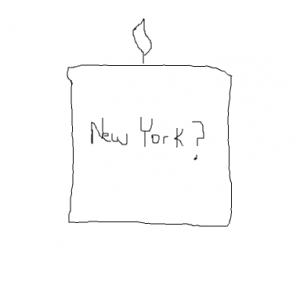 I began this series, “Candle Review,” to scam free candles from luxury candle companies, I mean, to review candles. My job becomes difficult—impossible, even—when luxury candle companies refuse to “hold up their end of the bargain,” i.e., respond to my many emails about obtaining a “sample” candle to review and feature in the Hairpin’s popular candle review series, consistently clicked on by low hundreds of readers (non-unique), and then send me one for free in the mail. With these guys it’s almost like, oh, what, they’re too good for the Hairpin? These candle companies ignoring my emails…they’re too special? Can’t throw the Hairpin a “sample” candle ’cause they’re too fuckin fancy, gotta bring that candle to some kinda goddamn ball or something? Gotta send that candle to fuckin The Cut or goddamn Into the Gloss, can’t throw it to goddamn the Hairpin cause it’s got a gala this weekend, some fuckin shit like that? Huh. OK. Well, fine, then. OK. Well, fine.

Diptyque recently released a “New York” scented candle, which made a brief stir online because New York doesn’t smell good, and isn’t that funny. The candle is available in New York City Diptyque stores and I have not smelled it, but allegedly it smells like this: 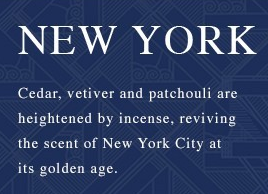 DOES IT HAVE A GOOD SMELL?

Huh. I don’t know. It seems like it probably has an all right smell, but I was not “scent” one of these candles in the mail even though I would have loved to obtain one without having to pay for it and am a professional. Does it smell terrible? Hm. Not sure. Couldn’t say either way.

IS IT A FALL CANDLE?

Huh. Good question. Seems like it could be a fall candle but honestly I couldn’t tell you. Maybe it smells like sunscreen? Could smell like the beach, sunscreen, a crab. I just don’t know.

HOW MUCH DOES IT COST?

Hm. Probably more than we’re willing to pay, though I don’t know the exact amount. $130? $400? Maybe they don’t take money for it. Maybe they only “prestige.” [EYEROLL]

WHAT IS THE BURN TIME?

For me, even though I am New York City’s premiere candle reviewer? Huh. Zero hours. 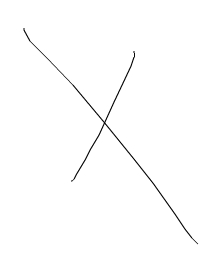 DOES IT LOOK NICE?

Hm. You’ll have to ask a publication Diptyque has deemed important enough to review one of their precious candles that are apparently so special.

WOULD YOU RECOMMEND THIS CANDLE TO A FRIEND?

At this point? I couldn’t say.

1. Bye
2. How Do I Stay Motivated?
3. Sex Tips From Queen Elizabeth I
4. Please Do Accept “Weird Pitches”
5. A Note About The Hairpin
finehmok