Advice For Young Ladies Eager For A Good Time 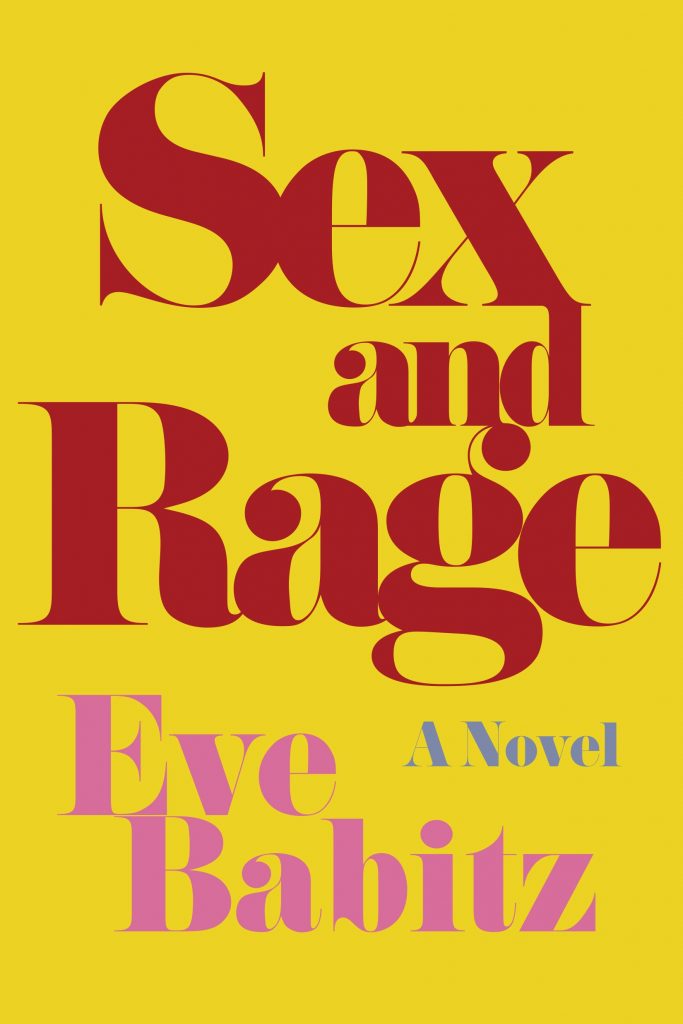 Any number of elements are conspiring to reissue Eve Babitz’s 1979 novel, Sex and Rage, as a beach read. There was that July drop, the yolky gold of the cover. Even the package it came in had a note from the publishers billing it as a “Hot summer read!” I’m a goon and the exclamation point pushed me over the brink: sold. And what do you expect from Babitz, Hollywood It-Girl, writer, painter, ex-girlfriend of a dozen famous dudes not quite compelling enough for her? I took it to the lake with me and got ready to sprawl catlike in the sun and experience Pure Pleasure™, which is the Babitz brand I’m familiar with from Eve’s Hollywood (which is good) and Slow Days, Fast Company (which is great).

If you start with Eve’s Hollywood, chances are you’ll have planned a pilgrimage to LA before you even make it through the preface. Proceed with caution. She dedicates the book to, amongst other things, “the Didion-Dunnes for having to be who I’m not,” “time immemorial and the suspension of disbelief,” “the way the whipped cream comes in a silver gravy dish in the Polo Lounge when you order Irish Coffee,” “freeways,” and “the one whose wife would get furious if I so much as put his initials in.”

But the book that really tends to convert readers into devotees is Slow Days. It’s a powerful tribute to being not very secure in life, celebrating the breathlessness of dating a lot of different people and not exactly having a career and so not being 100% sure if you’ll be able to make rent at the end of the month but feeling confident you could always charm a fifty out of a friend. It’s helpful to have an emergency copy on hand for the sort of Sunday afternoon where you wake up with a pounding headache and Monday morning deadlines coming at you like a sucker punch. Ready to throw it all in and return to the gentler rhythms of a 9-5? Consider, if you will, Babitz transforming her freelance to-do list into an epic action scene: “This last spring, my thirty-second spring, I actually pulled myself into such a concentrated little handful that I fashioned three goals from thin air. And only one of them fell by the wayside, but I have a superstitious feeling I invented that one to throw to the wolves as I slid through the snow on my tinkling sled to Moscow, safe and sound.” Even work becomes closer to play in Babitz’s world.

Which is what makes the “new” novel so unexpected. She has always sold us on pleasure and effortlessness. But in this work, the writer comes clean: under the right conditions, extended uncertainty can erode your sanity.

It begins frothily enough. Babitz does her thing, merrily sketching out a world that sounds suspiciously close to her own, just swapping out names here and there. The surfer/artist and Eve stand-in is called Jacaranda after “the name of a Central American flowering tree that grows in Los Angeles” which is a little on the nose (women! They bloom so brightly, wilt so quickly), but of a piece with the prose in the novel, which, while good, isn’t her best work. It’s not like Slow Days where every sentence fizzes. Like Didion, this woman who crafts note-perfect essays gets a little goofy as a fiction writer.

So why read it at all? Because if you’re all about Eve, this book unveils a whole different side to her. After around forty pages of surfing and affairs and groovy happenings, the tone shifts. Our heroine strikes up a friendship so toxic that she stops painting and experiences steeping anxiety about ageing. We get the most un-Babitz sentence ever penned by the author about Jacaranda being 28 and not having a husband. But the marital status stuff is a little beside the point. What I really liked were the parts about how hard it is to reach any sort of peace with uncertainty:

“She figured that any day now she was going to start feeling the simple composure of normalcy that Jane Austen’s heroines always sought to maintain, the state described in those days as ‘countenance’ and later as ‘being cool.’”

Oh God, did that sentence set your whole flesh prison aquiver? Which of us hasn’t yearned for “the simply composure of normalcy”? Sometimes she slips back into Cool Girl mode, though. She can’t help it. She’s still Eve, after all:

“The tango is an embrace popular amongst sowers of wild oats who regret nothing.”

But all the same, aside from these prose backflips (which you sense she performs just because she can), the book resolutely stays the course. Jacaranda gets bristlingly anxious about something that makes little to no sense and starts letting her own uneasiness suffocate her burgeoning writing career and relationship. For someone who writes so well about the way the light falls on an LA afternoon and eating blueberry pancakes with Jim Morrison and the dating lives of the teenage beauties at Hollywood High, Babitz turns out to be just as accomplished when covering the uneasier sides of life: doubt and self-sabotage.

Which is exciting! This, from the woman who once described her creative process in the following: “I got up the next morning with a hangover and a good idea for a story. The story was written quickly and fell together like a just right deck of cards being shuffled and had the kind of crazy deftness that my other stories had always managed to run away with.” Effort and struggle are anathema to Babitz’s whole (whisper it) brand. If you love Eve, this book feels gently revolutionary in showing the artist at her most vulnerable.

So no, this isn’t a beach read. It’s too raw and prickly to pose a convincing accompaniment to overdosing on sunshine and swilling down three ice creams and two beers in place of lunch. But that’s no bad thing. Thanks to her most famous works being reissued last year and writers like Larissa Pham and Meaghan Garvey penning smart, swooning responses to Babitz’s essays, many readers are already familiar with the Hollywood native at her most charming: Eve in dazzling party mode, looking as if she’s been “roused from a bed of bonbons, ostrich feathers, and tuxedo highballs.” But this book doesn’t try and pass off the uncertainties involved in making art or in leading an unanchored existence as any of those Holly Golightly euphemisms—the blues or the mean reds—as precarity that can be eased by a trip to a luxury jewelry store. It says: this is hard. It says: sometimes you’re going to completely lose your shit. But this time, instead of retreating behind a third martini, we get Eve celebrating her own skinlessness and swaggering out into the world, vulnerable, uncowed.

1. Bye
2. How Do I Stay Motivated?
3. Sex Tips From Queen Elizabeth I
4. Please Do Accept “Weird Pitches”
5. A Note About The Hairpin
bookseve babitzhollywoodsex and rageslow days fast companysummer-reading