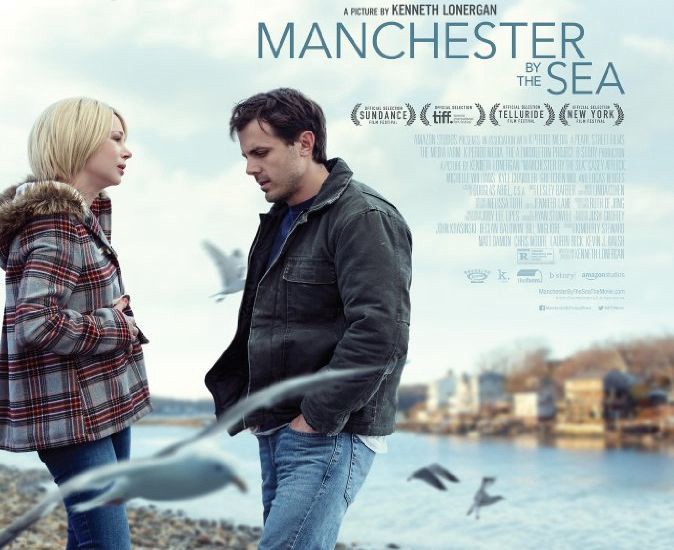 On Tuesday, so-sad white guy Boston accent sea movie Manchester by the Sea was named best film of the year by the National Board of Review. On Monday, Casey Affleck, the film’s lead, was named Best Actor by the IFP Gotham Awards. The New York Film Critics Circle awarded Casey Affleck Best Actor, too, which they announced earlier today. Casey Affleck will likely win an Academy Award, whenever the Academy Awards are, if we are even still alive then. He was the subject of an October Variety cover story, a November New York Times profile, and a recent CBS Sunday Morning segment. Also he was accused of sexual harassment in two separate lawsuits in 2010, both of which were settled out of court. Very exciting and major kudos all around for Casey Affleck.

The lawsuits came from a producer and a cinematographer who accused Affleck of lewd behavior and of making unwelcome sexual advances while shooting the Affleck-directed Joaquin Phoenix movie I’m Still Here.

I recommend reading all of the things people have written about it, like these:

That case was filed by Magdalena Górka, an experienced Polish cinematographer who, according to court documents filed in Los Angeles and obtained by Mashable, agreed in December 2008 to shoot I’m Still Here, the freewheeling (and later revealed as phony) documentary about Phoenix’s transition from actor to rapper. …

Górka, the only woman on the crew, alleges the lewd comments began almost immediately and continued daily, including sexual advances and suggestions that she sleep with her camera assistant, Antony Langdon — one of Affleck’s good buddies and the guitarist for the British/American rock band Spacehog — who was hired as part of the crew. (Langdon did not respond to requests for comment.)

Tensions boiled over during filming in New York; Górka says the crew was lodged in Affleck’s apartment, where he offered to take the couch so she could use his bedroom. She says she put on a camisole and pajama pants and went to sleep, and that at some point Affleck snuck in and curled up next to her in the middle of the night.

In December 2008, Amanda White agreed to serve as a producer on an untitled documentary headed by Affleck and Flemmy Productions, which ultimately became I’m Still Here. She had a decade-long history of working with Affleck. Over the course of filming, White alleged in the complaint that she was repeatedly harassed. On one occasion, she claimed that Affleck ordered a crew member to take off his pants and show White his penis — even after she vehemently objected. She claimed that Affleck repeatedly referred to women as “cows,” and recounted his sexual exploits with reckless abandon. In her complaint, White recalled Affleck asking her “Isn’t it about time you get pregnant?” once he learned her age, and suggesting that she and a male crew member reproduce.

From Kevin O’Keeffe’s “Casey Affleck Was Accused of Sexual Harassment. Why Isn’t He Treated Like Nate Parker Was?,” Mic:

Yet unlike Nate Parker, star and director of The Birth of a Nation who came under fire after his 1999 trial for raping a female student at Penn State University, Affleck’s controversial past remains mostly relegated to passing mentions. The question is: Why? Why, as Affleck’s performance and film become part of the cultural conversation, are major media outlets all but ignoring the Affleck allegations? Why, even when a site like Mashable covers them, does the writer of the piece get (by his own admission) criticized for it?

A Daily Beast story on Affleck and the allegations hit over the Thanksgiving holiday, and mobilized the actor’s heavy-hitting PR team to counter the narrative as he continues to rack up honors for “Manchester.” Slate ran a story the next day.

Mara Buxbaum, ID Public Relations president and Affleck’s rep, has worked to contain the story. Over the weekend, she contacted an entertainment reporter who shared the Daily Beast post on social media, asking him to call her. (He took the story down.)

A representative for Affleck declined to comment on the matter, except to say that the cases were settled to the satisfaction of both parties and the lawsuits were dismissed.

Audiences have not had to grapple with Affleck’s alleged faults, because the media has largely ignored the lawsuits since they were settled. Luckiest for Affleck, he is the brother of a major movie star and the childhood friend of another. Ben Affleck and Matt Damon have championed and protected Casey throughout his career, sending a message to the media that they are a united front. Lainey Lui of Lainey Gossip noted earlier this month that Ben and Matt have been particularly present throughout Casey’s Oscar campaign, showing up smiling to premieres and posing for photos as a trio. Matt, who himself produced Manchester by the Sea, sang Casey’s praises to both the Times and Variety. This brotherly posing makes prestige outlets hesitant to ask the younger Affleck tough questions, for fear of losing access to all three stars. His cruise to the Oscars continues undeterred because of his privileged position in Hollywood.

At least when you watch Casey Affleck accept the Big Trophy for best play-pretend you can say, “That dude is an alleged sex criminal, just like the president of the United States!”

How Much Money Would It Take?